How do you regulate Fresh Kid?

How do you regulate or manage Fresh Kid considering a Primary boarding school is not suitable for his career? 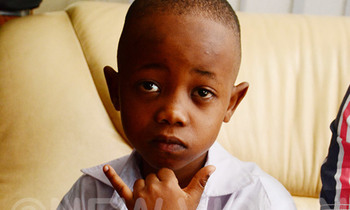 LIFE STYLE
‘Bambi' one of his latest songs feels like an honest cry of an innocent little child just requesting to be given space to shine and an ear, he claims he wants to be a continental or global star like Nigerian child comedian Emmanuella of the famous Mark Angel comedy that is almost all over the internet.
Genuine as it sounds and feels, it poses a big challenge to everyone involved with him.
Patrick Ssenyonjo was at one point banned from performing being the under age child he is by a Government Minister who later rescinded her position due to backlash from all sorts of sources.
Starting with social media where everyone holds a serious opinion on everything, the Minister was blasted and some crafty politicians who know how to ride the wave and joined the fray also got their mileage from this in the media quickly.
When all was said and done, the very caring Minister offered him a scholarship to one of the oldest most revered junior boys boarding schools in the country which that funky young rapper whose words are not even pronounced so clearly yet because of his tongue is still ‘little' rejected, don't forget he is a star!

Minister Kiyingi interacting met with Fresh Kid in her office. (File Photo)
Luck keeps following him though as a few days later he was offered  a scholarship to Kampala Parents School, however the naysayers were back again saying he can't speak enough fluent English to fit in Kampala Parents and will distract other children being the star he is!
Which brings me back to the headline, how do you regulate or manage Fresh Kid considering a Primary boarding school is not suitable for  his career assuming he has one.
At Kampala Parents there is a chance he will influence all the little ones to abandon reading and math for rapping and stardom. So how do handle a little man so powerful he can make a whole government Minister swallow her words.
For now the Minister has let the kid be, while he is under age, he is already allowed to work after school but before dark so he doesn't dose in class the next day, special case indeed. He seems to be resetting the rules in every area.
As his teacher when Fresh Kid refuses to answer and refers you to his manager or simply misbehaves, do you spank him or suspend him considering it could cause uproar among his classmates who double as fans and other followers.
And by the way after a Minister has almost failed or at least been compromised in regulating the kid, he is already untouchable at home considering his parents confessed he ironically is their bread winner, do you have a right to lift a hand as his teacher?
His tale of an overly talented young misfit who swaggers into an interview at Kampala Parents like a Director and takes pictures like he bought the office when the interview is done seems to have just started so let's watch on as it unwinds into more entertaining episodes. In the meantime, cheers to Uganda's new entertainment child sensation Fresh Kid.
Also related to this story