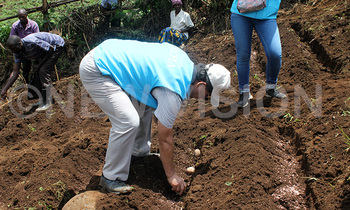 KABALE - Irish potato farmers in the Kabale District have been advised to desist from planting poor quality Irish potato seeds obtained from open markets and those from previous harvests because they lead to low production.

Park said Kabale district has the potential to produce more Irish potatoes; however, the challenge is lack of quality seed for high production.

He added that the Irish potato seeds used by most farmers lead to low yields because they are using non-quality declared seed obtained from the previous season without practicing positive selection or sourced from open markets and neighbours.

"The low yields in Uganda are attributed to high incidences of epidemic diseases especially; virus, late blight and bacterial wilt, use of low-quality Irish potato seeds and inadequate soil fertility management," he revealed.

Park said the government of Korea is supporting Uganda's Research Institutes to produce high-quality Irish potato seeds, increase vegetable and citrus fruits production so as to increase the farmers' incomes and hence lead to improved livelihoods.

"My government will ensure that more resources are channelled through research and training of farmers and researchers on quality seed production for Irish potato production in Kabale district and other areas," he said.

Since 2014, the Korean government through the Korea Programme on International Agriculture (KOPIA), has been supporting and working in collaboration with Uganda's National Agriculture Research Organization (NARO) to increase Irish potato seeds in Kigezi region, production of high yielding vegetables in central Uganda and management of pests and diseases in citrus fruits in Teso region. 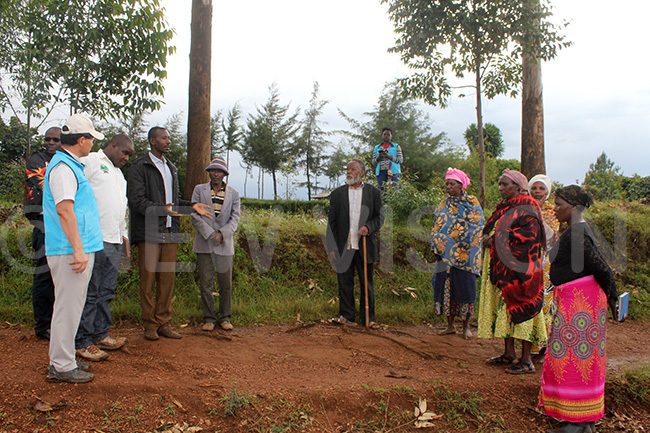 Dr Alex Barekye, director Kachwekano Zonal Agricultural Research and Development Institute (KAZARDI) which is under NARO, says currently less than 5% of the national demand for certified Irish potato seeds can be met.

According to Aheisibwe et al., 2015, the potential demand for quality Irish potato seeds in Uganda is estimated at 239,328 tons and seed availability is only 0.13% of potential demand.

He, however, said the lack of enough facilities (screen houses) to multiply the mini-tubers/nuclear seed has been contributing to low seed production.

"Using clean seed could lead to an increase in productivity by about 50%. Therefore, mass production techniques for the development of high-quality Irish potato seeds and supply is urgent to increase on seed production so that the seed availability gap could be reduced," Barekye said.

According to Barekye KOPIA has supported the construction of two greenhouses where new varieties of Irish potato are being developed.

He, however, said farmer's groups have also been identified and trained to multiply the Irish potato seed to give out to other farmers.