Olympic marathons to beat deadly heat with 6am start

The men's 50km race walk will start even earlier, at 5:30am, with organisers saying they had taken medical advice into account in timetabling the events. 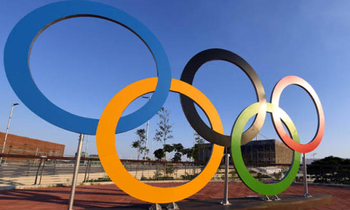 The Tokyo 2020 Olympic marathons will start at 6:00am, organisers announced Tuesday, after doctors warned of deadly medical emergencies in the Japanese capital's stifling summer heat.

The men's 50km race walk will start even earlier, at 5:30am, with organisers saying they had taken medical advice into account in timetabling the events.

The scheduling decisions were taken "after discussions with medical teams and stakeholders and considering the well-being of athletes", Tokyo 2020 sports director Koji Murofushi told reporters.

Other sports, including rugby sevens, triathlon and mountain biking have also seen schedules shifted to avoid the worst of potentially blistering temperatures for the July 24 to August 9 Games.

Games organisers had already said the marathons would start "between 5:30am and 6am" after a heatwave that struck the country last summer, prompting Japanese medics to warn that running the race in mid-morning could "lead to deaths" from heatstroke.

The last time Japan hosted the Summer Olympics, in 1964, the competition was held in October to avoid the hot summer conditions.

Tokyo has considered a range of options to counteract the heat, including the adoption of daylight saving, a proposal that gained little traction.

But other countermeasures such as solar-blocking paint on roads and mobile misting stations are planned, with Muto admitting that there had been a knock-on impact on the $12.6 billion budget.

There are plans for a special centre to monitor extreme weather and warn of potential emergencies including the risk of heatstroke, even recommending evacuation if necessary.

Head of the IOC Tokyo 2020 coordinating committee John Coates said in a recent visit to Tokyo that medics had recommended "a list of about 20 precautions they think we should take and they are not going to be free".

Last summer, Tokyo sweated through several deadly heatwaves and Japan was also battered by a series of typhoons that caused death, destruction and delay.

At one point, the mercury touched a record 41 Celsius (105.8 Fahrenheit). The hottest day of Olympic competition in history was recorded at the 2004 Athens Games when temperatures soared to 36C (97F).

Organisers said that the middle weekend of the Games (August 1-2) would be an "action-packed two days" with 21 medal events on "Super Saturday" and 26 on "Golden Sunday," including the Men's 100m final.

Saturday 8 August, the day before the closing ceremony, will see 30 finals, "the largest number on a single day during the Games", according to organisers.

The schedule did not include timings for the boxing competition after the IOC froze preparations amid a spat with governing body AIBA.

Overall, the programme features a record 33 sports and 339 events and the action will begin on July 22, two days before the opening ceremony, with softball and women's football.

Many finals, including swimming, are being staged in the morning to coincide with prime time US TV audiences, but Murofushi said he still hoped for "full stadiums".