Ugandan security forces are on the hunt for a group of gunmen who allegedly kidnapped an American and a Uganda senior guide said to be on an evening game drive. 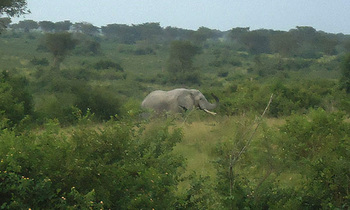 KAMPALA -  The Uganda Police says it has dispatched an elite squad to reinforce the security teams at Queen Elizabeth National Park, and actively pursue a group of four unknown gunmen, who allegedly kidnapped a US national and a Ugandan senior guide. The two were said to have been on an evening game drive at the time.

Here is the Police statement in full: 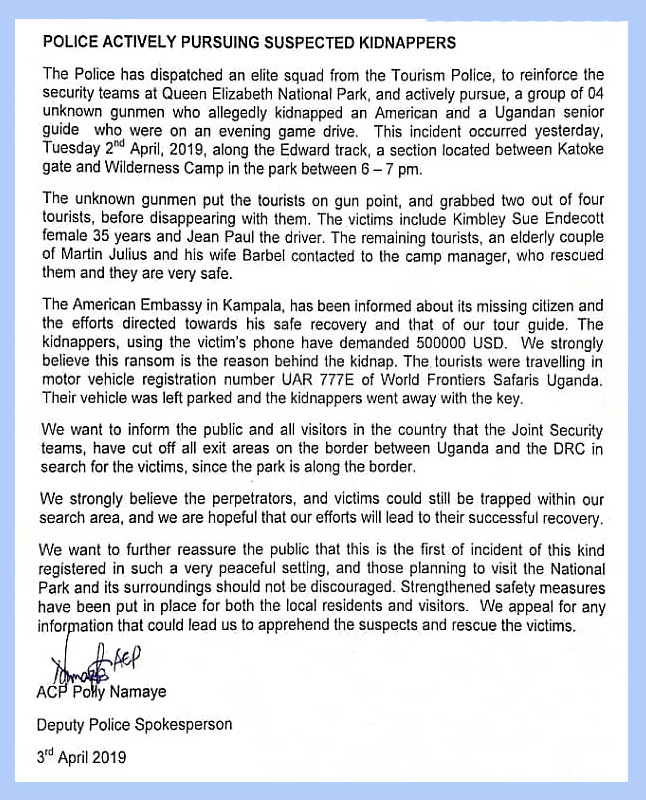