The traders also want court to order the defendants to pay them general damages for the loss of business and inconvenience caused to them by Lubega and Yanga. 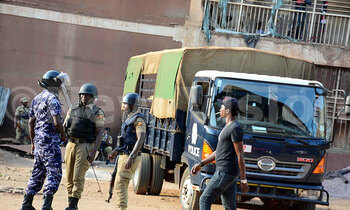 KAMPALA-In a twist of events, over 200 traders operating their businesses from Qualicel, Nabukeera plaza and Jamboree arcades have petitioned court seeking to deposit rent in court pending determination of rightful ownership of the properties.

In a suit filed at the Land Division of the High Court on Tuesday, the traders are also seeking a permanent injunction restraining city businessmen, Drake Lubega and Mansoor Matovu alias Yanga from trespassing onto their shops situated on the disputed property pending determination of the rightful ownership of the said properties.

The buildings have for years been a center of controversy over ownership between Lubega and Yanga on one side and businessman Charles Muhangi (RIP) on the other.

The traders who filed the case through Lukwago and Company Advocates claim that they have been compelled to seek court redress because Lubega and Yanga want to evict them from the buildings if they continue paying rent to Horizon Coaches Limited, a company belonging to the late Muhangi. 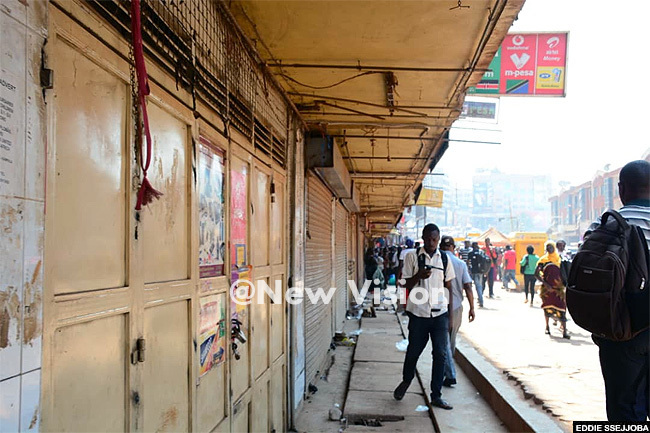 Horizon Coaches Limited took over possession of the disputed buildings on November 5, 2018, following a Supreme Court judgment, which found it the rightful owner of the buildings.

The traders led by Denis Muganga also want court to declare the recent closure of their shops, disconnection of the electricity and demanding rent dues by Lubega and Yanga in respect to the arcades unlawful and amount to trespass.

"Following the November 5, 2018 Supreme Court judgment, the buildings were placed under the management of Horizon Coaches Limited, the buildings were renovated and renamed Horizon city and Bazanya Nengo respectively,  and each tenant  paid sh1.2m  as registration fee," the traders say.

According to Muganga, after payment of the registration fees, they have been paying rent dues ranging from sh400,000 to sh3m to Horizon coaches until February 2019 when Lubega and Yanga reclaimed ownership of the buildings.

"Lubega and Matovu ordered us to pay rent for five months, disconnected electricity and other utilities in addition to locking our shops and hence we suffered losses," Muganga contends.

The traders also want court to order the defendants to pay them general damages for the loss of business and inconvenience caused to them by Lubega and Yanga.

For over 10 years, Lubega, Yanga and Muhangi have been locked in court battles over ownership of the said properties until 2018 when ownership and management of the property was placed under Muhangi. This was after Lubega withdrew an appeal he had lodged at the Supreme Court.

The deputy registrar of the land Division of the High Court, Justine Atukwasa is yet to summon Lubega and Yanga to file their defence in the matter.

Efforts to get a comment from Lubega proved futile as his known cellphone went unanswered.

Also a person who picked Yanga's phone said he was unable to speak to the media because he was reportedly busy.

Lubega embarked on construction of a modern commercial arcade in the contested Qualicel bus terminal in the city center, days after the police evicted Muhangi and reinstated him and his associate Yanga.

He wants the on-going s development by Lubega  on the land halted, pending determination of the main case that was filed in 2013 and the preservation application filed earlier this year.

Atukwasa is on April 9 slated to rule on the interim order in which Lionel wants court to halt further construction by Lubega pending disposal of the main suit.

The court heard that Lubega is erecting buildings at Qualicel very fast without getting permission from Kampala Capital City Authority (KCCA) and that KCCA had given him up to April 1, to fulfil the requirements.