A woman is taught that marriage validates her and therefore, even if her husband turns her into a punching bag, she should change her behaviour, because she must have provoked him into hitting her. 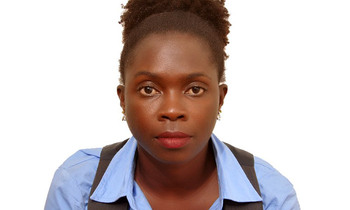 After all has been said and done, laws implemented, systems, institutions, and policies set up, it will all come to naught if people's mindsets remain the same. A change of mindset is key to addressing and combating most of the root causes of violations of women's rights.

For ages, women and men have been socialised to accept and accommodate a wide range of abuses and violations that women suffer, simply because they are women.

The ‘sanctity of marriage'

A woman is taught to put up with an unfaithful husband, bringing STIs at home and putting her health and even life at risk.

A woman is taught that marriage validates her and therefore, even if her husband turns her into a punching bag, she should change her behaviour, because she must have provoked him into hitting her.

She is taught to ‘stay for the sake of the children' and so, her daughters grow up seeing their mother physically, sexually, emotionally, economically abused by daddy.

They will come to believe that this is normal and end up with men, who treat them the same way. Or her sons, who see their father laying fists on their mother, think it's normal and proceed to treat their future partners the same way and the cycle of domestic violence continues.

A woman is taught that matters of the home should be kept within the confines of the home, therefore, even when girls or women suffer physical, sexual, psychological or other abuse in the home; they should put on a nice front and must not report those cases to the authorities.

Children are sexually abused by relatives and the matter is kept under wraps because ‘we do not wash our dirty linen in public'. In the end, the dirty linen is never washed at all.

When a woman undergoes all manner of abuse by the partner, probably for years, and finally finds the strength to walk away (before it's too late) and tells her truth, people's comments range from: "Why did she publicise the issue?", "She could have sorted it out quietly. That is a private issue", "How embarrassing for her", or my all-time favourite, "I miss the good, old days where our grandmothers and mothers, who withstood everything, understood the sanctity of marriage and the vows ‘till death do us part'".

Never mind the sanctity of marriage, when the husband comes home drunk and devastates the whole family. All these comments lay the blame on the battered and abused woman forgetting the perpetrator of the abuse and denying the woman justice.

Mind you, these comments are not merely a matter of ‘education'. A friend was physically abused by her husband and the medical doctor, who was supposed to fill out the Police medical form, while examining her, asked what she did to provoke the partner into beating her because she looked like she was "stubborn".

All she could do was stare at him in utter disbelief through her barely open, bruised swollen eyes. You'd think you could expect more of a university-educated adult.

Who is asking for violence?

Equally, rape victims are hesitant to report the offence, because they will be labelled "unclean, defiled, soiled, not marriage material anymore". Some of the questions asked will be "What was she wearing? Why was she walking in that part of town? Why was she out that late? But what was she doing in his house? That's asking for 'it'".

Victims of sexual harassment at the workplace or on the streets are told that an unwanted touch or sexual advance is "no big deal" and that they are "overreacting" or "should feel flattered that men find you attractive".

With women's rights abuses being so blatantly brushed aside like an annoying or irritating fly, it's no wonder there's a shroud of silence around the women experiencing gross violations of their rights. Inaction towards this urgent and prevalent violation of women's rights especially in the domestic setting has dire effects. Not only do the consequences relate to the individuals that directly suffer or experience domestic violence, but they also relate to the economy of the country. A big economic factor is the fact that violence results in lots of injury and health problems, taking away the economic and productive force that women constitute.

Furthermore, studies conducted by Centre for Domestic Violence (CEDOVIP) have shown that domestic violence in Uganda costs various providers or duty bearers (health facilities, police, legal aid service providers, Judiciary) an estimated sh56b annually - a figure much higher than the annual budget of some government ministries. The national economic costs of domestic violence (for the few who seek outside help) amounts to about 0.35% of Uganda's GDP and 0.75% of the national budget in 2011. These are all costs borne by the taxpayer, which is you and I, and which also put a strain on the Government, given its resource challenges.

It's everyone's responsibility to bring up a generation of men and women that respect each other and recognise that their differences do not make them any better or any less than the other, but that they complement and improve one another. A generation that recognises that women's rights are human rights and should be protected, promoted and respected just like any other rights.

Kofi Annan said, "Promoting gender equality is not only women's responsibility; it is the responsibility of all of us."  Violence against women affects us all. We all need to challenge our mindset and create change within our immediate environment.