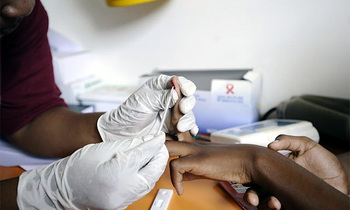 After a bone marrow stem cell transplant, an HIV-positive man in Britain was earlier this month reported to have gone into long-term remission. Here in Uganda, the news caused quite some excitement.

The unnamed man, referred to as the ‘London patient', was said to be in sustained remission from HIV-1, the virus that causes AIDS, after ceasing treatment - and is most likely cured. He has reportedly shown no sign of the virus for nearly 19 months.

Both the Berlin (Timothy Ray Brown) and London patients had undergone bone marrow transplants to treat blood cancers. The stem cells they received were from donors with a rare genetic mutation that prevents HIV from taking hold.

Dr. Nanyeenya: ‘No need for excitement - yet'

There is no need for excitement as per now. HIV is currently not curable and its cure is scientifically not possible. However there are modern expensive treatments that really make its treatment easier. It is also important to note that the current HIV treatment - anti-retroviral treatment - really works.

When the HIV virus enters the human body, it multiplies so fast and increases in number. Afterwards, the virus enters into some parts of the body, such as the lymphatic system, ovaries, testes and the brain. Unfortunately, most of the drugs for HIV do not reach these tissues to kill the virus completely. This is the major challenge in finding a cure for HIV.

In most cases when the drugs are taken, the drugs may kill all the HIV virus circulating in the blood and when we do the HIV viral load test, the amount of virus in the blood is undetectable (not detected by machines). People normally mistake this for cure of HIV and some of them even abandon treatment, but this is not true. And it is very deadly because when a person goes off the [antiretroviral] drugs (ARVs), the HIV virus comes out of its hiding places and it can them multiply again in the blood.

The cure will be possible if we can only get the drugs that can penetrate into the tissues where the HIV virus hides and completely eliminates it. A wide range of research to find the cure for HIV is going on and we may get the cure any time God willing. But importantly, HIV is preventable. Let us try and prevent it. For those living with HIV, let us take our drugs and prevent transmitting HIV. All will be well.

The word "cure" was wrongly used.  For a person to be cured of an illness, it means that from the time that establishment was made until the end of this person's life, there will be no more illness and no signs and symptoms of that illness detected in that person unless it is a new infection all together.

The ‘London patient' received bone marrow transplants to treat blood cancer, receiving stem cells from donors with a rare genetic mutation that prevents HIV from taking hold. This case has brought out very important information that provides the basis for hope for the cure.

Both the London and Berlin patients received stem cell transplants from donors carrying a genetic mutation that prevents expression of an HIV receptor, known as CCR5, which is the structure in the body cell that plays a very important role for the HIV virus to complete its life cycle of multiplication and move from one cell to another.

The researchers capitalized on this information that there are some people who have genes that have mutated and changed their way of arrangement to create CCR5 receptors that are resistant to HIV. They got people who have genes that are capable of mutating the CCR5 which allows HIV viruses to multiply and live in the body and when these genes mutate the CRR5 of these people become resistant to the HIV-I virus.

CCR5 is very important in the HIV-1 strain. When it mutates, it changes its shape to one that is recognized by the HIV virus, and this HIV cannot recognize the new shape of the CCR5, meaning it cannot complete its life cycle, cannot multiply, and cannot move from one cell to another since it has been incapacitated. 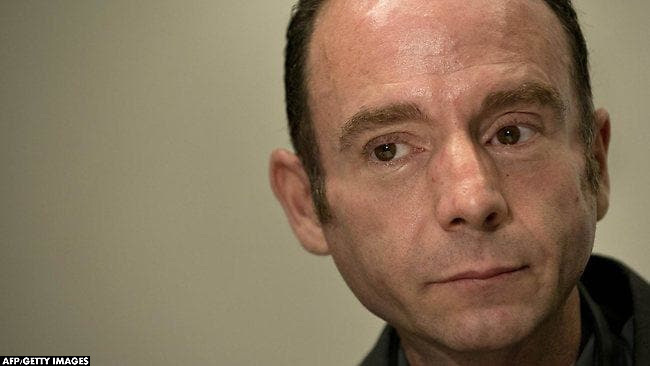 The stem cells are the mother of cells from which other cells are produced. The scientists got the stem cells of a person whose genes mutated to produce a resistant type of cell and introduced them into the London HIV patient. When these stem cells started producing their own other cells that managed the body, the cells which were produced replaced the old cells and they could not allow the virus to multiply.

And since the person was on ARVs, those other viruses which were moving around on ‘holiday' were killed since they were in the open space. But at the same time, they could not have the opportunity to enter into the body cells because these cells are new.

However, this is not tantamount to a cure since a cure is when somebody does not express signs and symptoms of an illness after a treatment has been instituted, as long as they do not get a new infection of HIV for the rest of their life, and are not on treatment.

We cannot say that people who are not expressing signs and symptoms are cured because they are on treatment. This London patient has not been on treatment for about two years, even the first case was not on treatment, which makes a difference.

The first patient was put on chemotherapy but both of them have had transplants. Their stem cells were replaced with those which are resistant to HIV and they were on ARVs for some time for a good number of years, and within that time bone marrow transplants were done.

They were then put off ARVs. In the case of the London patient, when he was checked 19 months later to see whether the viruses have re-multiplied, he did not have. He got off ARVs at time when the viral load was zero. He got off ARVs because he was part of a research being constantly monitored to see if there was a rebound of the viral load, which has not happened for the past 19 months. That is why they say possibly he has been cured of the HIV.

Want to know your HIV status? Go for testing

We can take it as a tentative cure since he has not been on treatment for two years, he has no signs and symptoms and there is no rebound in viral load. With our patients in Uganda, the rebound occurs within not less than two months when they have not taken drugs, meaning HIV will resurface without fighters.

But what we are sure of is that the stem cells that the ‘London patient' has now, which came after the transplant, are resistant to HIV. In conclusion, we would say that this is a tentative cure that will be confirmed if there is no re-occurrence of the illness for the rest of this person's life if he doesn't get a new infection.

But why only two cases worldwide?


Nkoyooyo says the reason only two people have been identified is because the donors who have those stem cells which are resistant to HIV or have mutated CCR5 receptors are very rare. One cannot donate stem cells if one does not have that mutation.

Donors who are resistant to HIV-1 are rare, and in Uganda they are almost not there, or it is difficult to identify them or they have not been followed up, he adds. As a way forward, research must now start to identify the rare donors and they multiply that rare work up of people into the general population.

Also the process of the bone marrow transplanting, according to Nkoyooyo, is longer, painful, sophisticated and very expensive. 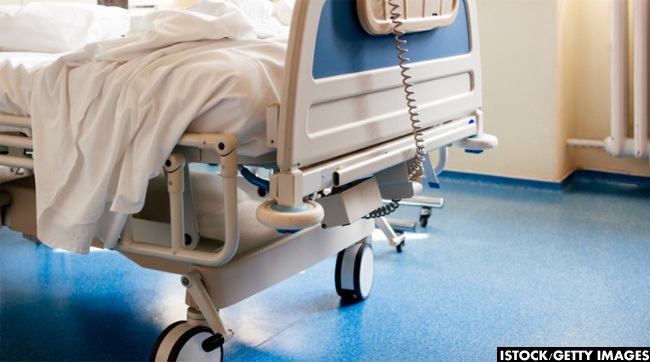 Will there ever be a cure for HIV?

Researchers and scientists believe that we can find a cure for HIV. Scientists are researching two types of cure: a functional cure and a sterilizing cure (there is no 'natural cure' or 'herbal cure') for HIV.

There are a few examples of people considered to have been functionally cured, such as the Mississippi Baby, but in all these cases, the virus has re-emerged. Most of these people received antiretroviral treatment very quickly after infection or birth.

A sterilizing cure is one where the HIV virus is eradicated from the body completely, including from hidden reservoirs. But this is more complex and risky. The first known person who has been cured in this way is Timothy Brown, also known as the ‘Berlin Patient' and the second is the recent ‘London Patient'.

In 2007-08, Brown had chemotherapy and a bone marrow transplant to treat leukaemia. His transplant came from someone with a natural genetic resistance to HIV. He was cured of HIV but scientists don't fully understand why. [Same can be said of the latest case - the ‘London patient']. Also, because bone marrow transplants can be dangerous, they're not practical as a wider HIV cure. However, this process has given researchers important information that they're using to work towards a cure.

Reducing HIV infections to zero in our lifetime is doable