Has Bashir's offer of technocrats' govt tamed the people wave? 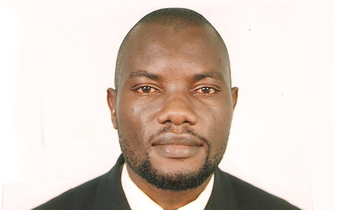 Regional security organizations across Africa and beyond are taking notes of the situation in Sudan; particularly how the incumbent president Omar Hassan al-Bashir is dealing with the people-power-wave that has engulfed his country since December last year.

For the first time in as many months, public demonstrations spearheaded by Sudanese professional associations had by early March significantly ebbed down, enabling final-year secondly school students peacefully write their examinations from over 3,000 centres in the country.

Among new measures pledged by Bashir is to form a new government predominantly comprising the country's cream technocrats to fix the economy. In the meantime, other sweeping changes pronounced by Bashir include dissolution of the unity government, a one-year state of emergence, suspension of the constitutional amendment process and appointment of experienced army generals as governors at all the 18 federal states.

Taking responsibility of government failure to adequately fix the current economic challenges that have led to galloping inflation, Bashir urged for a true nationalist and patriotic united effort to address it. He advised for calm in order to give these measures a chance for implementation and functioning.

On one hand, Sudanese people seem to have listened to Bashir and given him the benefit of doubt. On the other, Bashir is actually challenging the groups that have been responsible for sketching, directing and guiding the public demonstrations.

For dissolving the cabinet, the Sudanese president is essentially telling his critics thus: ‘Hey guys! Here you are; you can now prepare to occupy those technical positions to prove your worth.'

First, in order to pass the moral authority test of competence to occupy a public office, the technocrats have to within these few months demonstrate the ability to follow and respect legitimate public orders. This implies they have to respectively vet among themselves to nominate the best for public office service. Now the competent nominees, by simple logic cannot be the best in organizing violent extremism. Besides, such conduct now risks making perpetrators fall, culprits of the current ad hoc courts of eemergency,

Yet Bashir is also throwing a carrot to the youth. He is candidly inviting them to present their grievances and perceptions of how to respond to them. This entails some organization and paperwork. It calls for a retreat from the physical demonstrations in the city streets to the intellectual boardroom engagement. This obviously causes a vital lull in the chaos that had for three consecutive months characterized Sudan.

From a security perspective, therefore, Sudan has offered yet a new model in dealing with the people-power wave. This phenomenon that has since been branded as ‘Africa's 3rd major political wave' is currently sweeping across the continent. The first wave started in 1956 in Sudan for independence. The second one was about the restoration of multiparty democracy in the early 1990s. The 3rd and current one started a dozen years ago in Nairobi, Kenya 2007.

Kenyans prevented president Mwai Kibaki from reassuming the reins of power after being controversially sworn in by the country's chief justice at night. It adopted a violent approach claiming over a thousand lives. Four years later, the same approach was adopted by three north African nations of Tunisia, Egypt and Libya—fatally claiming the life of Muammar Gaddafi.

In West Africa, the regional military, Ecomog has been at standby to intervene whenever signs of the wave turning violent emerge. And in east and central Africa, ruling establishments have conducted timely internal changes and reforms to bring down boiling public sentiments.

Guided by experience from elsewhere, while the Sudanese model is cognizant of the people's genuine grievances, it is compelling civility to take precedence for the sake of preserving the country. Its message seems to be positively reverberating and getting accepted across Sudan.