Government urged to demarcate its land 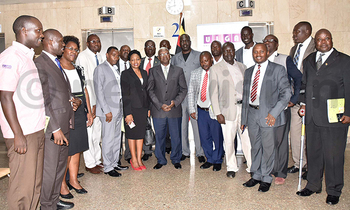 Local government leaders under their umbrella body Uganda Local Government Association (ULGA) have urged the government to demarcate government land so that they can be able to protect it from land grabbers.

"We have a problem protecting government land in some places because it's not demarcated. When we try to put structures that can help us do government work, the tenants on the land claim that that is their land and demand for compensation." Napak district chairperson and new ULGA president, Joseph Lomonyang said.

This was during his maiden remarks as ULGA president during the swearing in ceremony of new leaders of the association at the local government ministry on Thursday. 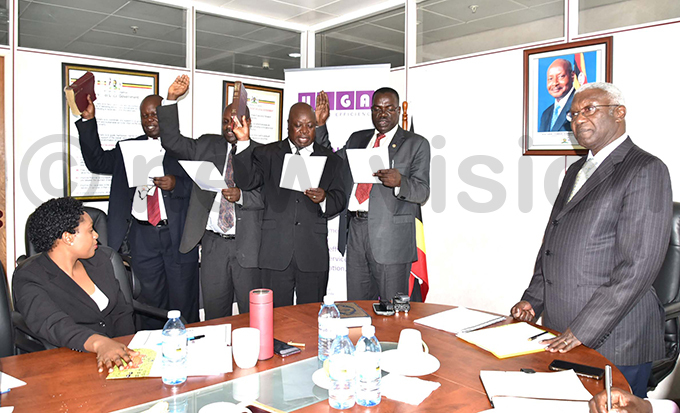 Butime cautioned the new leaders against exaggerated expectations, saying that this is the first route to internal failure, conflicts and break down in management systems.

"If you promise your subordinates that this financial year's salaries must increase, it is exciting. If it does not happen, it is an exaggerated expectation. We should go easy and at any given time we should be able to negotiate. If you achieve, declare. If you haven't achieved don't create expectations that will not be fulfilled," he said.

In his remarks, he also congratulated the new leaders and advised them to take the oath seriously.

"Follow the oath you have just taken while taking decisions. It is important that you remember and reflect on the oath at all times to guide your actions and decisions," he said, adding that leadership foresees complete selflessness in service and loyalty.

Lomonyang pledged to work with the central government and also create a conducive work environment for colleagues that will promote accountability and teamwork.