For Kobs to come back into the contest, Heathens must lose one of the remaining games against Warriors and Rams which is improbable 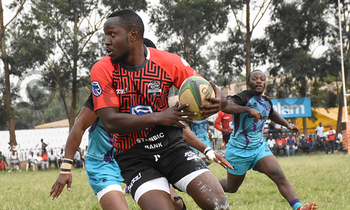 Kobs needed a win, but ended up losing 30- 14 to the charged Pirates who stepped on the Legends Rugby Club ground out to avenge their 26-13 first round defeat.

With two games remaining for the title contenders, one would say it is not yet over.

Following the defeat, Kobs dropped to second position as Heathens took charge of the table.

Before Friday's game Heathens, 66 points, were trailing Kobs (68pts) with two points and the latter had to win to stay in the title chase.

Mathematically, Heathens have the upper hand to lift the trophy because they have a weak path which includes Rams and Warriors while Kobs face strong opposition from Dusupay Warriors and Shell Rimula Rhinos.

For Kobs to come back into the contest, Heathens must lose one of the remaining games against Warriors and Rams which is improbable.

Indeed, Kobs team captain Brian Asaba, admitted his charges having blown their only chance of winning the title.

"We came looking for a win but we were caught off guard and squandered our chances in the first half."

"On paper, we have two games remaining and we can wait for them to end but they are not one you can depend on," Asaba added.