In a country like Uganda crimes against children such as defilement, child marriage, and child neglect go unreported and are often compromised 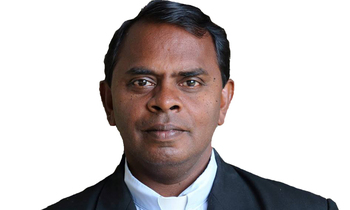 "If one member suffers, all suffer together with it" (1 Cor 12:26). With these words, Pope Francis opened "Vatican Summit on child protection and the clerical sexual abuse crisis" which was held from 18-24 February. For the past two decades, the Catholic Church has been hounded by numerous cases of sexual abuse of minors involving priests. The court cases caused the church not only huge financial losses but credibility in proclaiming the faith.

At the start of the Summit, Cardinal Luis Antonio Tagle of Manila, Philippines, gave the first formal talk to the gathering, acknowledging how church leaders for so long ignored the suffering of the victims of clerical sexual abuse and covered up the evil crimes of the priest-perpetrators.

"Sometimes," he said, "bishops were simply afraid to look at the wounds caused by their priests, but he insisted that one cannot profess faith in Christ while ignoring the wounds inflicted on the people Jesus loves." Sexual abuse is a serious violation of a person's dignity. Loss of dignity is the loss of very personhood.

Human dignity is often built around our sexuality. As sex is something very personal and intimate, our sexual nature too is very delicate and sacred. When we are sexually violated or abused our scars can remain until the end of our life. Recovery from sexual abuse is rather hard and almost impossible. Sexual abuse affects our relationship with our own very self, with others and the society around us. A sexually abused child can remain psychologically retarded with permanent setbacks.

By calling this high-level meeting with the world's senior bishops, the Pope has taken a courageous step to purify the Church of these heinous acts and to rebuild the lost confidence among the people of God. He said quite openly, "…in my heart I acknowledge the suffering endured by many minors due to sexual abuse, the abuse of power and the abuse of conscience perpetrated by a significant number of clerics and consecrated persons… these are crimes that inflict deep wounds of pain and powerlessness, primarily among the victims, but also in their family members and in the larger community of believers and nonbelievers alike."

Pope's tweet on 22 February said it in a form of prayer, "Lord, deliver us from the temptation to want to save ourselves, and our reputations; help us to acknowledge our guilt and to seek humble and concrete answers together, and in communion with all the People of God." Chairing the Summit meetings, Pope has been calling for concrete action—by way of accountability, the right use of power and money and together with other prelates called for the resignation of persons in authority if need be.

In a country like Uganda crimes against children such as defilement, child marriage, and child neglect go unreported and are often compromised. Since 2014, every year over 200,000 cases are

reported to the police, but most of them do not always receive the right judgment. As the country grows in education and other sectors it is important to put in place the right policies and have the right implementation strategies to protect children.

Crimes against human sexuality, especially against children need to be dealt with firmness and even without mercy. Pope Francis who is known for mercy said, "I am conscious of the effort and work being carried out in various parts of the world to come up with the necessary means to ensure the safety and protection of the integrity of children and of vulnerable adults, as well as implementing zero tolerance and ways of making all those who perpetrate or cover up these crimes accountable. We have delayed in applying these actions and sanctions that are so necessary, yet I am confident that they will help to guarantee a greater culture of care in the present and future."

Now that the Catholic Church, largest religious institution in the world has openly confessed its grave mistake and has honestly tried to find ways to amend its path, it is the high time for other religious and civil institutions to do the same soul-searching act and be honest to look at its own settings and do the same to protect children. We know that in our own land numerous children and other vulnerable persons have been molested by teachers, pastors, social leaders and even by parents who need to do the same acts of reparation. It is urgent to put in place strict policies to create a healthy and safe environment for all vulnerable persons to grow and mature.

The wake-up call Pope gave to 400 bishops who were called to this summit suits everyone who are in one way or another responsible for the protection of children and vulnerable persons in our society. Let the leaders and guardians of children heed these words: "Looking back to the past, no effort to beg pardon and to seek to repair the harm done will ever be sufficient. Looking ahead to the future, no effort must be spared to create a culture able to prevent such situations from happening, but also to prevent the possibility of their being covered up and perpetuated.

The pain of the victims and their families is also our pain, and so it is urgent that we once more reaffirm our commitment to ensuring the protection of minors and of vulnerable adults."

Writer is a Priest and School Administrator