In 2015, world leaders overwhelmingly backed the elimination of female genital mutilation as one of the targets in the 2030 Agenda for Sustainable Development. 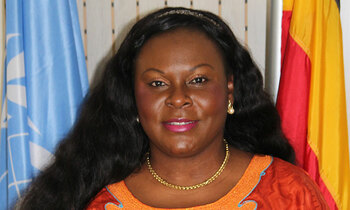 This International Day of Zero Tolerance for Female Genital Mutilation (FGM) commemorated every year on 6 February, we, the United Nations, want to reaffirm our commitment to end this violation of human rights and invite you to take action to stop this intergenerational cycle of discrimination and harm.

In 2015, world leaders overwhelmingly backed the elimination of female genital mutilation as one of the targets in the 2030 Agenda for Sustainable Development.

In Uganda, the Government has enacted the Prohibition of Female Genital Mutilation Act 2010, accompanied by corresponding regulations and enforcement, as well as district level action plans to end this practice.

Thanks to the collective action of government, civil society, communities and individuals, female genital mutilation has been in general in the decline.

The overall prevalence of FGM in Uganda has come down from 1.4 percent in 2011 to 0.3 percent, according to the 2016 Uganda Demographic and Health Survey (UDHS). Despite this positive overall trend, there are pockets of locations where female genital mutilation is on the rise.

Recent reports of an increase of Female Genital Mutilation cases in Kween district, Eastern Uganda are not only a source of concern but a rallying cry for urgent action to protect the women and girls affected.

Cultural and religious leaders, local government officials, heads of households, teachers, members of parliament and even the media are among those who must stand firm against this practice that robs women and girls of their human rights and dignity.

Our collective success will depend on our ability to work across borders and sectors to find solutions.

We need government, religious and cultural institutions to work with communities and families to prevent the movement of girls and women across borders and to ensure access to sexual and reproductive health, education and legal services for the women and girls who need them the most.

Female genital mutilation is also a form of gender-based violence, it violates women's rights to sexual and reproductive health, physical integrity, non-discrimination and freedom from cruel and degrading treatment.

To end female genital mutilation, we have to tackle the root causes of gender inequality and work with families, communities and leaders to achieve women's social and economic empowerment. Together we must end harmful social practices and change mindsets.

I would like to end by sharing a quote from former United Nations Secretary-General late Kofi Annan which conveys my feelings on this issue, he once said "Violence against women is perhaps the most shameful human rights violation, and it is perhaps the most pervasive.

It knows no boundaries of geography, culture or wealth. As long as it continues, we cannot claim to be making real progress towards equality, development and peace.

" I believe we can bring the Sustainable Development Goals to life while ensuring the dignity of all Ugandans including women and girls.

Let's leave no one behind as we strive to achieve the national vision of an empowered and developed nation.

The writer is the UN resident coordinator