According to Kakamega Homeboyz chairman, the former Uganda Cranes star was working with eight other players to fix matches 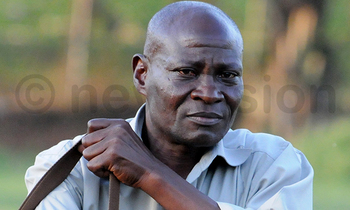 The federation boss Nick Mwendwa says they have written to the world governing body seeking help on how to handle the situation and also requesting that the Ugandan coach is suspended pending investigations on the same.

"As a federation, we must move quickly and get the truth on the allegations and that is the reason why we have written to Fifa. We want Fifa to guide us on how to handle the situation but most importantly, we want Fifa to suspend Nkata, who allegedly, is the main man in the scam.

"We are told that Nkata sneaked back to Uganda and as such we don't want him to get another job before he is cleared and that is why we want FIFA to take action on him as he awaits the disciplinary committee to complete investigations," Mwendwa told New Vision.

According to Kakamega Homeboyz chairman Cleophas Shimanyula, Nkata was working with eight other players to fix matches.

"They were being told to fix matches, then they get paid by one George Mandela in Dollars. Sometimes up to sh300,000 per player. The least amount ever received was sh50,000 per player," Shimanyula explained.

Mwendwa now says those mentioned in the match-fixing claims will face life bans from the sport if proved guilty.

"The only thing I can say for now is that those mentioned in such a scam and if found guilty, they will be banned for life. That is the punishment and that is the reality."

Under Nkata, Homeboyz went seven league matches without a win, their best performance of the season being a 4-0 win against Bandari, just days after Nkata was sacked.