"If ACF is to achieve transformation in the sector, it should be meant for transforming the small holder players whose basic source of livelihood is farming and not the 'government official' who owns hundreds of hectares of land and has access to other sources of credit," said the shadow agriculture minister, Francis Gonahasa (Kabweri County). 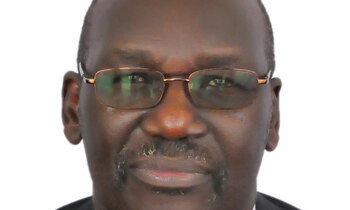 In a bid to transform the agricultural sector in Uganda, over the years, Government and other private players have increased allocations toward agriculture financing but small scale farmers have remained largely underserved, a trend that lawmakers say must change.

MPs on the committee of agriculture note that whereas the Agricultural Credit Facility (ACF) was established to provide capital for agriculture enterprises, majority of the small scale farmers that need the funds have not been served albeit forming the bulk of the sector.

They argue that this downward trend has in turn stifled transformation of agriculture from subsistence to commercial as envisioned in many of Uganda's development agendas.

"If ACF is to achieve transformation in the sector, it should be meant for transforming the small holder players whose basic source of livelihood is farming and not the ‘government official' who owns hundreds of hectares of land and has access to other sources of credit," said the shadow agriculture minister, Francis Gonahasa (Kabweri County).

The remarks were made on Wednesday during an interface between the committee and a consortium of civil society organizations under the auspices of the Participatory Ecological Land Use Management (PELUM) Uganda.

The Oyam District Woman MP, Alum Santa urged Government to take deliberate steps to ease the criteria followed by farmers if they want to access the ACF.

She said, "The process for accessing this money (ACF) is very intimidating to a lay-farmer because many of players in this sector are either illiterate or semi-illiterate so, taking them through volumes of paper work might just not work for them. The ideal should be that this ACF should be going to financial institutions that reach the grassroots and make the process easy."

The ACF was rolled out by Government in partnership with a chain of commercial banks dubbed Participating Financial Institutions (PFIs) to among others facilitate the provision of medium and long term loans to projects engaged in agriculture and agro-processing on favorable terms compared to those provided by commercial banks.

Administered by Bank of Uganda which approves the loan applications that have been appraised by PFIs, the maximum loan to a single borrower is between sh2b and sh5b, at an interest rate of 10%.

However, the Auditor General (AG) in a 2015 report said that although by the financial year 2015/16, the Government had allocated sh210b; a hefty sh90b had remained unutilized.

Presenting the position of the civil society on the 2019/20 budget framework paper, PELUM Uganda's Hellen Kassujja noted that because ACF represents only 7% of commercial bank lending in Uganda, the statistic indicates that the distribution of credit is lopsided against agriculture, yet the sector is the main stay of the economy.

"The fact is that ACF has not worked for small and medium sized farmers and this must change if the sector is to be transformed. We hope that you help Government see the need to increase allocation to ACF and ease accessibility," she said.

Since 2015, Government has been increasing the budget allocation in the agricultural sector from Sh479b in the 2015/16 financial year to Sh892b in 2018/19 however, Kassujja argues that, "in real terms, the allocation to the sector has been declining in relation to the National Budget.