Land in Buikwe and security of Tenure in Uganda 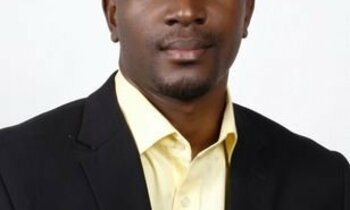 As the land probe commission continues with its work, it is worth noting that Buikwe District is endowed with such fertile land that a thought alone could germinate into a forest.

This has led to a lot of land wrangles. Buikwe harbours many factories and is a ground for fishing due to the presence of several water bodies, and this is just part of the story.

The land is suitable for agriculture of any kind that requires fertile soil. Yet despite this blessing, the district is infested with land wrangles among many of its people that should be taking advantage of its worth instead.

These wrangles are mainly the result of historical injustice, ignorance of the law and ill-intentioned land grabbers.

These are a reflection of our history as a people. Moreover, the fact that the NRM government is the progenitor of these constitutional provisions points further to the fact that this Government is inclusive and mindful of diversity even in regard to land matters.

It is, therefore, a Government priority that all rights that accrue to people occupying land in all these tenures, whether as landlords or as Bibanja holders are both legally protected so that we as a people can enjoy the uncommon blessing of land so productive that it can lift the country to the next phase of economic growth.

In Buikwe district, the most contested land is owned in Mailo tenure. This system has a history that appeals to many as bad and to others as without fault.

However, it is a clear imprint of history that before the 1900 Buganda Agreement which birthed the Mailo Land tenure, land in Buganda was owned by the King in trust for his subjects who stood out as beneficiaries.

Albeit this so being, it cannot be denied that the people in Buganda had already owned land in customary tenure which wasn't a form of tenancy such as was created by the Mailo Land tenure, which made customary land owners tenants on their own land.

Very unfortunate. It is on the basis of this tenure which gave all legal and equitable rights of ownership to the King and subsequently, to his chiefs and bakungu that conflicts have arisen to date challenging the Mailo Land owner who by virtue of his title to land (Mailo Land title) had all other hitherto customary owners become squatters/tenants on their own land.

As a result of this conflict, the busuulu-envujjo law was enacted to create tenancy on this land and this guaranteed protection of the then customary owners who later become tenants on their own land, from unfair evictions.

This partly explains why today, we still have many land wrangles in Buikwe and other such districts, where the descendants of the former Kabakas' Chiefs that received Mailo Land from the Kabaka want to fully exploit land to which they have title and yet the same is occupied by people who history treated unfairly.

Over the years, both the Obote and Amin regimes sought answers to these conflicting interests and the title-web hatched by the Mailo land system.

However, as history would have it, they didn't succeed in devising laws that could adequately yet clearly accommodate all this.

Instead, these regimes abolished some land tenures in some regions of the country or, like Obote, made all land public land irrespective of how it would affect the people. This led to absurdity and disregard of the right to lawfully own land as individuals.

Under the stewardship of President Yoweri Museveni, the 1995 Constitution changed this insensitivity and detrimental lacuna in the law as all the tenures were embraced by the people and allowed to co-exist in the constitution.

The 1998 Land Act was then enacted and the lawful and bonafide occupants recognized.

Today, the problems that relate to the Mailo Land in Buikwe and other parts of the country are merely based on ignorance or misinterpretation and misapplication of these laws.

The gist of the law on Mailo land is that the tenants must not be evicted except if they default in paying of Busuulu for three years and upon an order from the courts of law- which order may be challenged given the circumstances.

The majority of the people in Buikwe are tenants and therefore for harmonious existence, justice and fairness, it is necessary that the protection given to tenants by the law against unlawful evictions is respected.

Thus, as the new year is sprouting, let us take advantage of the favorable land tenure regime this country offers and embrace agriculture in Buikwe and the nation at large.

This government has provided enough support through its programs, including agricultural trainings and investment opportunities, to forward-thinking land owners and tenants.

It is our duty to facilitate a fair understanding between the landlords and tenants for the benefit of all people as we protect each group from suicidal dealings.