Sh28b could have gone to ghost youth groups - AG 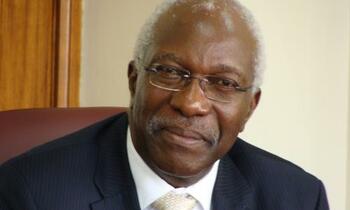 KAMPALA - The Auditor General, John Muwanga, has said in his latest report to Parliament that sh28.4b could have been given to non-existent youth groups countrywide to fight unemployment.

"There is high probability that the balance of almost sh28.4b may never be recovered as almost 64% of the sampled projects, consisting of 71% value of loans, were non-existent. Another 25% had reportedly embezzled or diverted the funds," Muwanga said.

The Youth Livelihood Programme is a Government Programme being implemented under the Ministry of Gender through the Local Government Administrations.

The programme, which started in the financial year 2013-2014, was to respond to the existing challenge of unemployment among the Youth.

It is implemented through the district and support to the vulnerable youth in form of revolving funds for skills development projects and income generating activities.