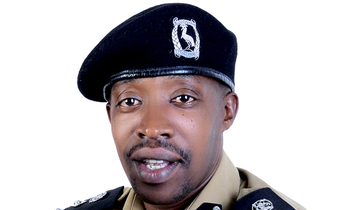 If there are two words that are widely misrepresented in the entire criminal justice system, it is the Police bond and court bail.

These two are associated with corrupt tendencies. Legally, the two are rights and surely, the Police bond is totally free of any charges.

Unfortunately, whenever a suspect is released from Police custody on Police bond, many people, including some political actors, complain and allege that Police officers were bribed to take sides and release a "criminal".

They easily forget or pretend not to know the presumption of the innocence principle in law. This is very unfair.

Equally, courts of law grant bail to those accused before them either on cash or a non-cash basis. This happens to their sureties too. If it is cash, the amount of money payable is specified and paid in the bank.

All you must present before the judicial officers are copies of receipts as proof of payment. What is interesting and probably unknown to many is the fact that this money will be refunded to you immediately the case is concluded in court, whether you are found guilty or acquitted. That is not debatable.

But many people never claim for it as they do not know or never kept their receipts or paid the bail money to fraudsters that pretended to be helping them secure their release. It is simple.

When the case is concluded in courts of law, secure the judgment and write a requisition to the head of that court where you were tried, requesting for a refund of the money you paid for bail.

Once the judicial officer endorses, your money will quickly be processed for payments to your bank account. The communication department of the Judiciary confirmed it to me that it does not even take two weeks to process such money. Therefore, do not leave your money either out of ignorance or negligence.

There are two legal issues we have to fully know. The 48-hour rule and the presumption of innocence principle. It simply means that all suspects are innocent until proof is adduced in courts of law to prove so.

Secondly, they must be taken to court within a period of 48 hours, meaning two days or else, we release them on bond. Many victims of crime or relatives, including the elite, do not want to appreciate the requirements of the law and prefer that suspects are kept in Police custody for as long as the investigations are not complete.

When they are released on bond, it attracts complaints, some twisted with allegations of bribery and manner of corrupt tendencies. A cross-section of the population out there has often accused us, law enforcement officers, of supporting criminals by handling them with kid gloves, releasing them quickly, which annoys their victims.

Well, the demands of the law must be complied with or else, we change the law. But as long as the law is in force, we might not have shortcuts anyway. For those that do not know, I find this presumption of innocence principle a very good legal measure that checks possible excesses by law enforcement officers.

You might disagree with me until you are a suspect yourself. Investigation of crime is a very tough and technical matter. It is too demanding in terms of resources; human and non-human.

When we have a suspect of murder, terrorism, sexual assault, arson, armed robbery, we all agree that this is pretty sophisticated crime that in essence calls for a lot of time.

Remember, the criminals took time planning their ugly act which might not be investigated to break through in only 48 hours. Well, there is a whole world of argument around this.

Some lawyers argue that we can do what we can do in two days, have the suspect taken to court on what we have, continue with investigations as the suspect is on remand to avoid appearing to be in conflict with the law. It is easier said than done.

How will the Director of Public Prosecutions be able to peruse and guide in these two days, have a suspect taken to court for this process?

It is a tough job, a very demanding one by all standards. When officers release suspects on bond as the law so prescribes, there are complaints of corrupt tendencies. When they keep them longer, it attracts complaints too.

The right thing to do is to follow the law, however bad it might seem to be, until it is changed by our good legislators.

Well, some suspects tell their victims that they bought their freedom from Police custody or courts simply to break their spirit. Beware!

Writer is a senior Police officer