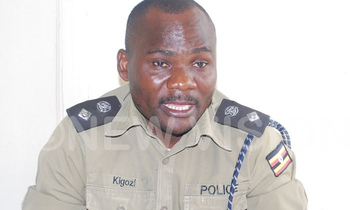 "Our investigations in Kiyanga case show that somebody threatened to attack a family that took him to court over impregnating their grandchild," said Kigozi.

He confirmed that the suspect was once arrested, investigated and taken to court but he maneuvered his way out of court and fled.

"This man threatened to hurt these people. However, we have identified him, and working around the clock to apprehend him," said Kigozi.

In Kalisizo, Kigozi said the case revolves around a land conflict, where the deceased had been fighting with her grandchildren.

"The lady, identified as Jalia Nakajigo, a resident of Kakoma village in Kaliisizo, Kyotera district was killed and her body dumped on her father's grave," he said.

Kigozi asked the greater Masaka residents who were in fear of reoccurrence of panga wielding attacks to stay calm.  He advised the public to make use of local councils and courts to resolve conflicts.