US Supreme Court to hear case on vulgar trademarks

The case pits a provision of US trademark law that allows the government to deny requests on the basis "immoral" or "scandalous" words against the bedrock principles of free speech enshrined in the Constitution. 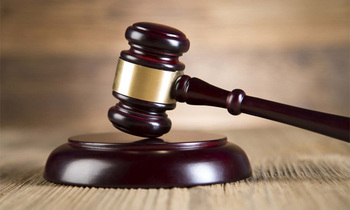 The US Supreme Court on Friday agreed to hear a case brought by a clothing line named "Fuct" which the government has refused to register, claiming it would promote vulgarity.

The case pits a provision of US trademark law that allows the government to deny requests on the basis "immoral" or "scandalous" words against the bedrock principles of free speech enshrined in the Constitution.

A date of hearing has not yet been fixed. But it's a safe bet no case before it will have exposed the nation's top judges to so many profanities.

The street-wear brand was founded in 1990 by Los Angeles-based designer Erik Brunetti.

The name sounds like, but is spelled differently from, the past tense form of a common swear word.

Brunetti tried to formally register it in 2011 but was refused under the so-called scandalous-marks provision of trademark law.

He appealed against the decision and won, but the current administration of President Donald Trump asked the Supreme Court to give a final ruling on the matter.

In its brief, the government argues the contested legal provision "does not restrict any speech or restrain any form of expression."

Rather, it "simply reflects Congress's judgment that the federal government should not affirmatively promote the use of graphic sexual images and vulgar terms by granting them the benefits of registration."

Brunetti's lawyer, John Sommer, told AFP that he hopes the country's top court will "take a strong position" in favor of free speech.

"A federal government and a state or local government can make life difficult for organizations or people that have controversial names," he said. They "can effectively prevent them from doing business on the basis that what they are doing is 'offensive or scandalous.'"

That power should not be left in government hands, Sommer said.

In 2017, the Supreme Court unanimously ruled that an Asian American band could trademark its name "The Slants," which had been rejected because it was deemed a racial slur.