In pictures: The weekend around the world 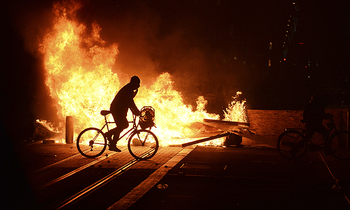 
It's a brand new week, but a lot happened during the weekend. Notably, France is one country that has made headlines in recent weeks, and it was no different at the conclusion of the first week of December.

Here is a selection of news pictures from around the globe . . . 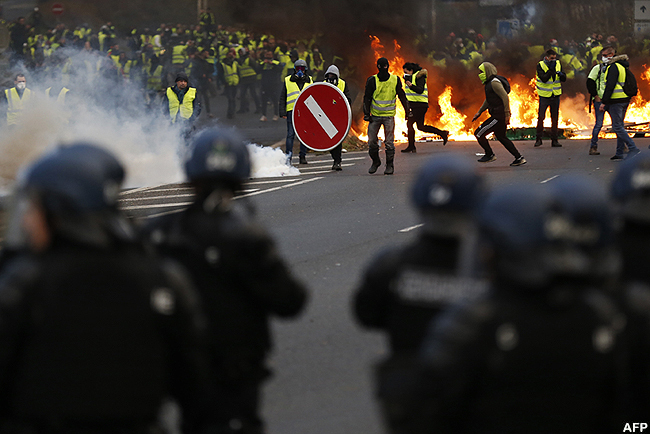 On Saturday, in Mondeville near Caen, northwestern France, protestors wearing a yellow vests (gilet jaune), clashed with French riot police next to a burning barricade as they protested against rising cost of living they blame on high taxes. 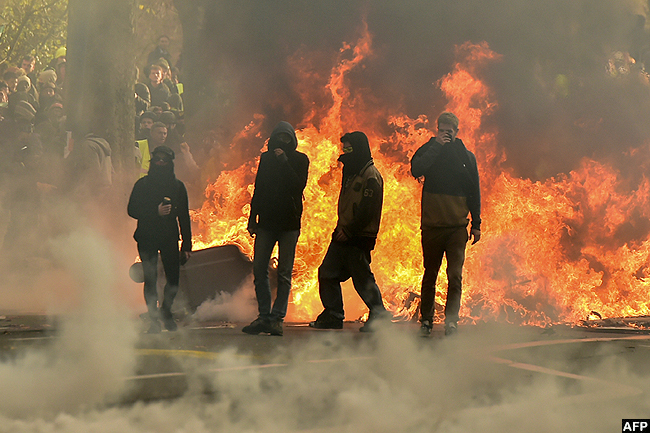 The "yellow vest" movement in France originally started as a protest about planned fuel hikes but has morphed into a mass protest against President Emmanuel Macron's policies and top-down style of governing. 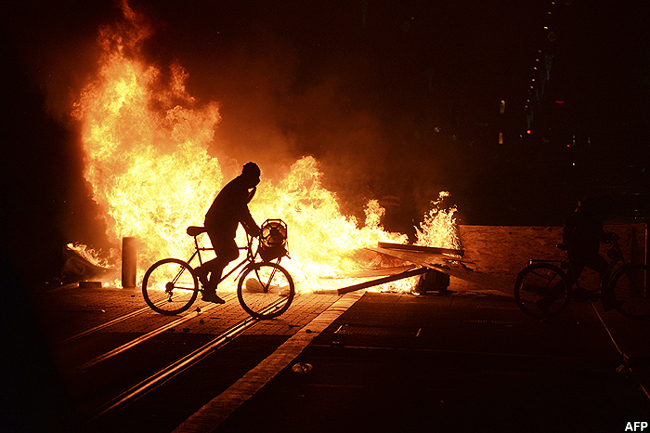 In Bordeaux, southwestern France, this lad rode a bicyle near a fire. 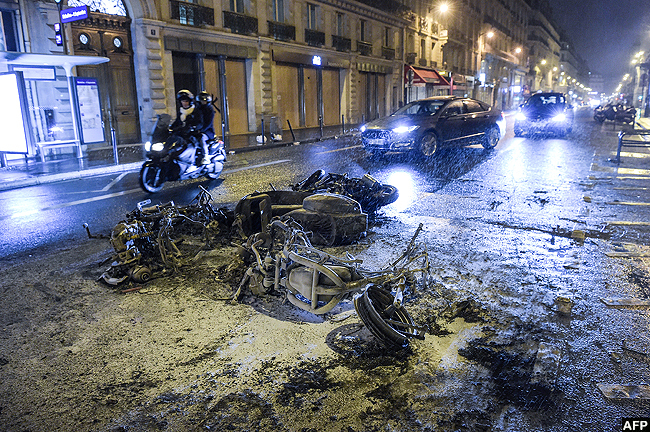 On Saturday, burnt motorbikes were seen in the middle of a street in Paris on the sidelines of the "yellow vest" demonstration. 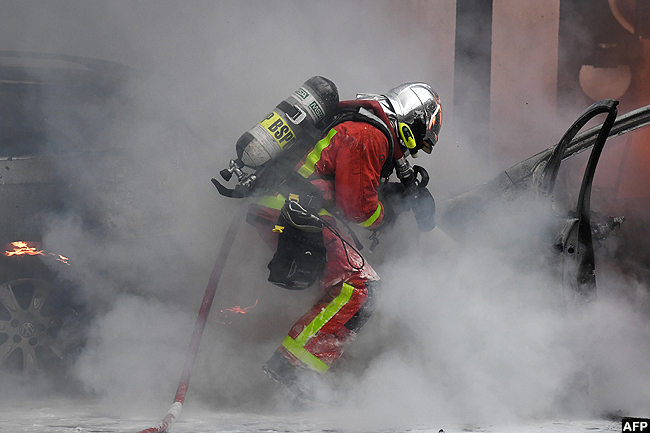 On the Champs-Elysees avenue in Paris, this firefighter struggled to extinguish a fire set on a car during protests on Saturday. 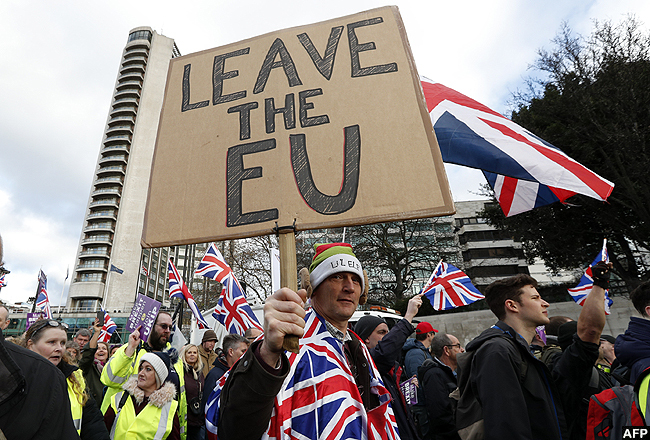 But the following day, on Sunday, it was a similar but calmer affair in central London, UK, as protesters held up placards and Union flags as they attended a pro-Brexit demonstration promoted by UKIP (United Kingdom Independence Party).

This came at time when a crucial vote on the Brexit deal in the House of Commons looms.

Prime Minister Theresa May appears likely to lose a historic vote on the Brexit deal she has struck with EU leaders in a crucial parliament vote on Tuesday. 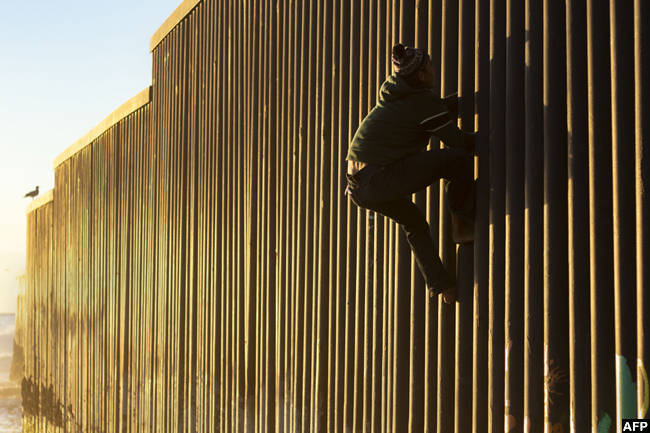 The day before, Honduran migrant Jonatan Matamoros Flores, 33, who is traveling with the Central American migrant caravan, climbed the US-Mexico border fence for fun in Tijuana, Baja California state, Mexico. 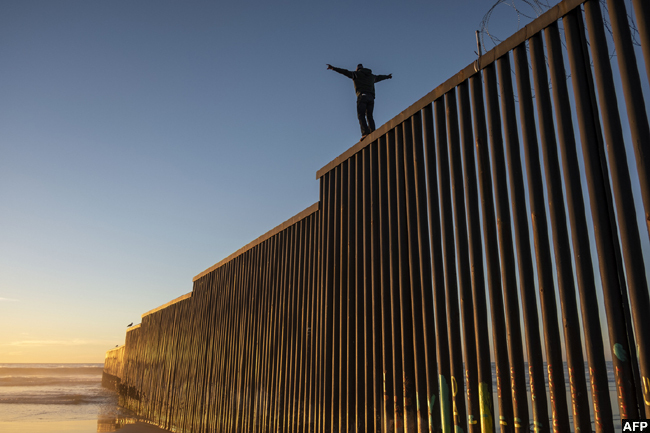 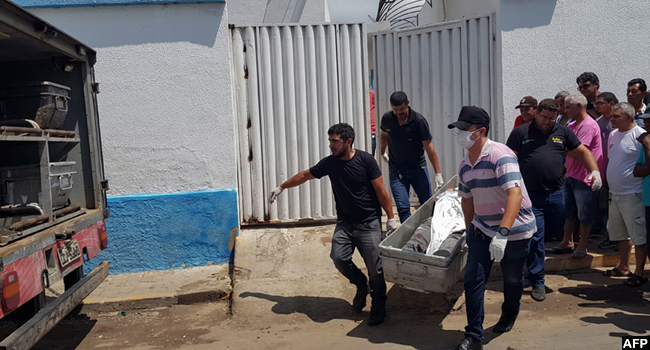 In Brazil, forensic experts carried a corpse to be transported to the morgue after an attempted bank robbery in Milagres, Ceara state. Eleven people - six bank robbers and five hostages including a child - were killed  in a pre-dawn assault on two banks foiled by police, according to the local mayor. 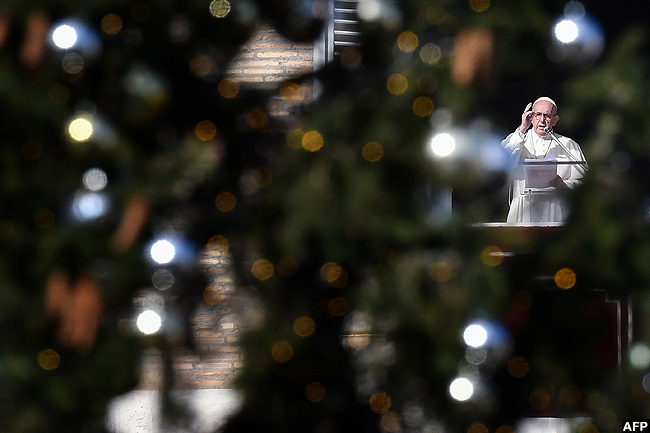 On Sunday at the Vatican, Pope Francis addressed the crowd from the window of the apostolic palace overlooking Saint Peter's square during his Sunday Angelus prayer. 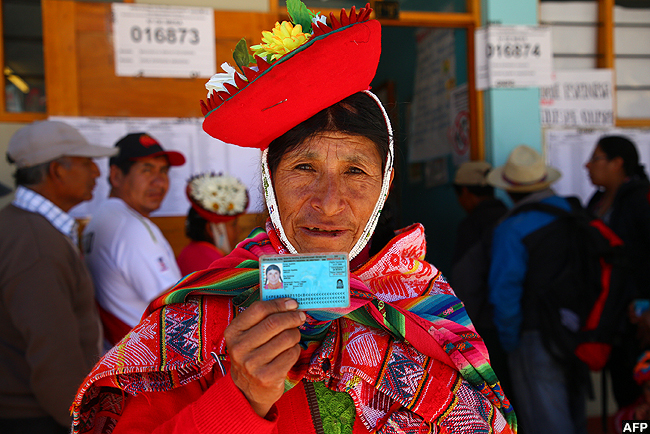 The same day, in southern Peru, this elderly woman showed her identity card at a polling station in Ollantaytambo, a town located in what is known as the Sacred Valley of the Incas in the province of Urubamba, Cusco region, as the country voted on President Martin Vizcarra's constitutional reforms aimed at eradicating corruption. 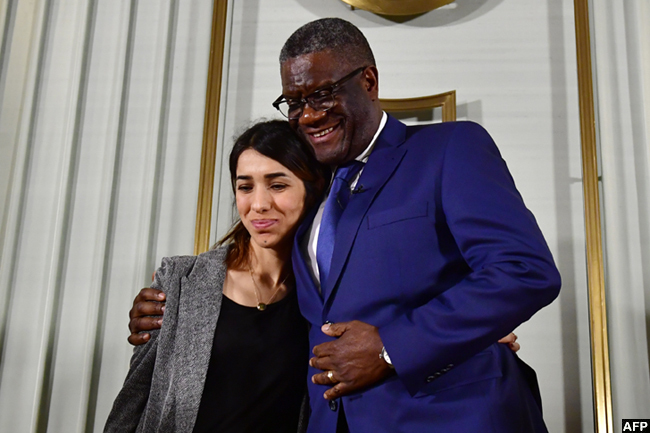 In the Norwegian capital Oslo, Nobel Peace Prize laureates Congolese doctor Denis Mukwege and Yazidi activist Nadia Murad hugged at the end of a press conference on Sunday, the eve of the Peace Prize ceremony.

Murad, 25, and Mukwege, 63, will be jointly awarded the prize on Monday after they were announced as winners by the Norwegian Nobel Committee in October for "for their efforts to end the use of sexual violence as a weapon of war and armed conflict". 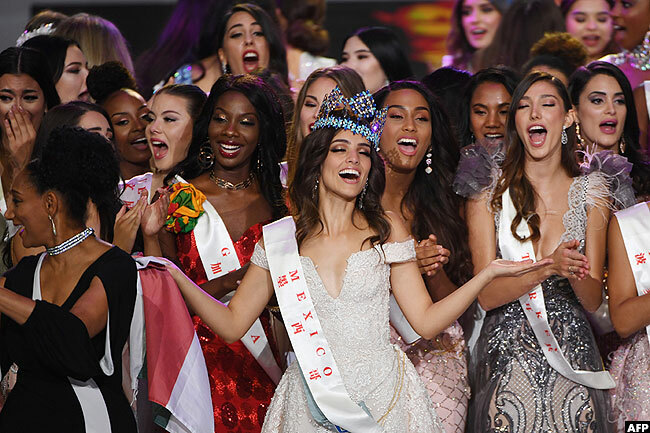 On Saturday, on China's coastal city of Sanya, the 2018 Miss World was crowned, with Mexico's Vanessa Ponce de Leon emerging the fairest of them all. 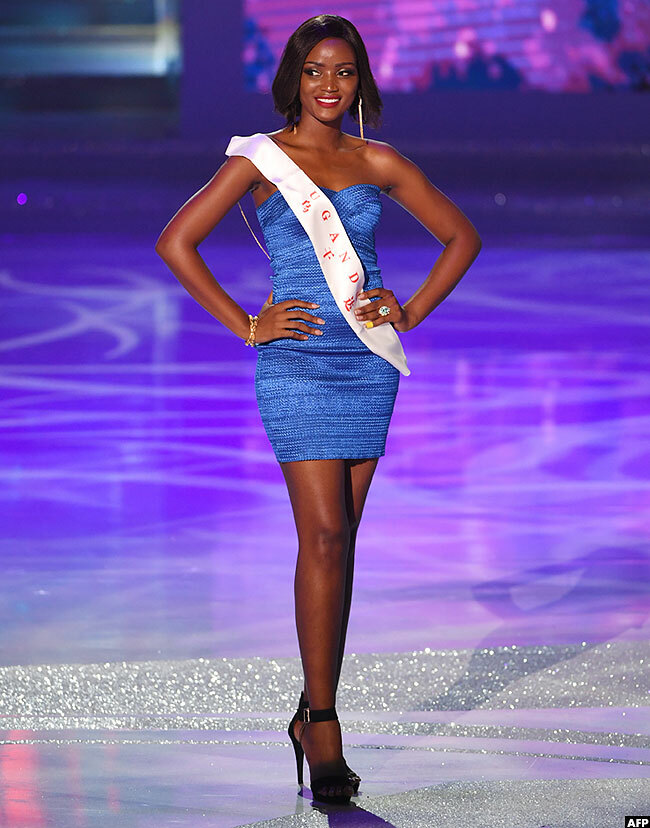 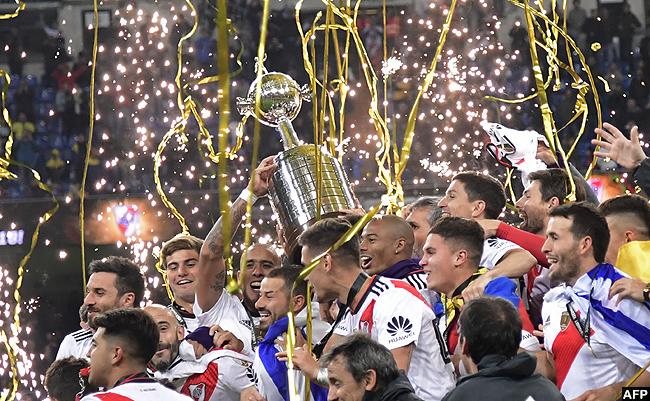 Meanwhile, on Sunday, players of River Plate celebrated with the trophy after winning the second leg match of the all-Argentine Copa Libertadores final against Boca Juniors, at the Santiago Bernabeu stadium in Madrid. 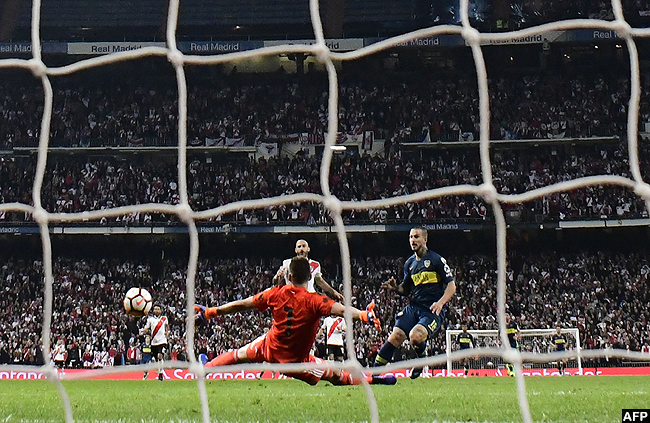 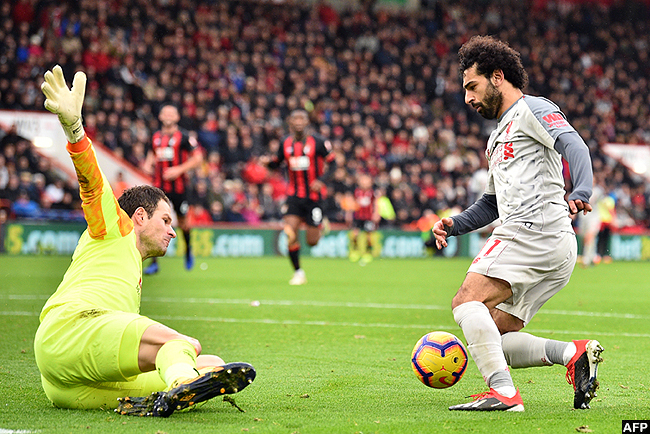 In the Premier League, on Saturday, Egyptian midfielder Mohamed Salah netted a hattrick as Liverpool thrashed Bournemouth 4-0 at the Vitality Stadium in Bournemouth, southern England. 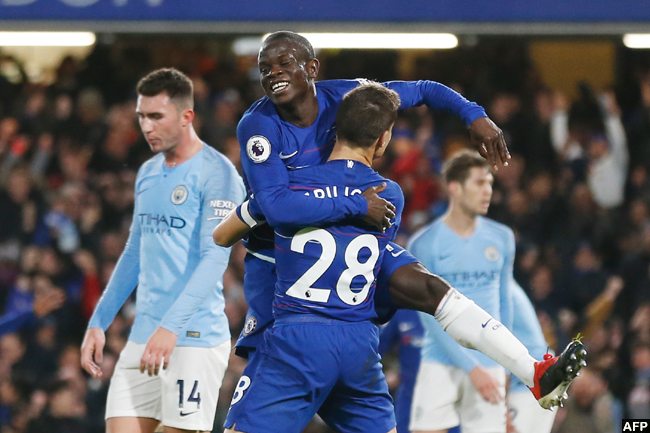 As Liverpool climbed to the summit of the table, they hoped that Chelsea would frustrate their closest challengers - Manchester City.

The Blues heard the Kop's prayers, and went on to beat Pep Guardiola's side 2-0 at Stamford Bridge. N'Golo Kante and David Luiz scored the goals. 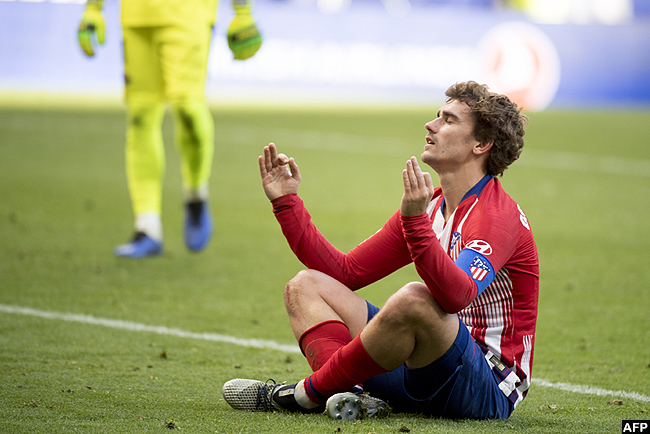 Across in Spain, also on Saturday, Atletico Madrid's French forward Antoine Griezmann knew who first to thank for his goal against Deportivo Alaves.

Diego Simeone's side proved too good for their opponents, seeing this one out with a thorough 3-0 victory t the Wanda Metropolitano stadium in Madrid. 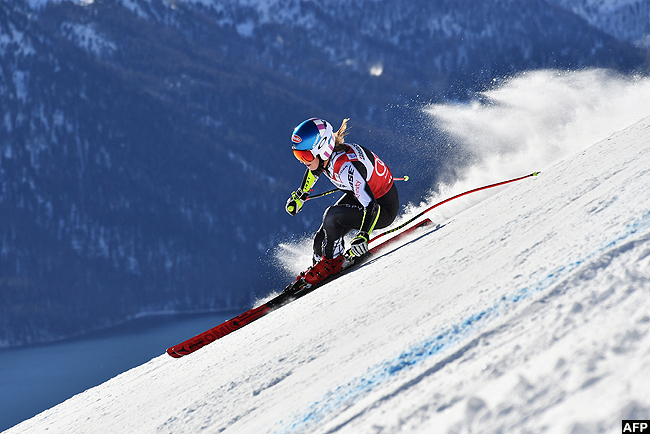 In Switzerland, US Mikaela Shiffrin competed in the Women's Super G race during the FIS Alpine Ski World Cup in Saint Moritz on Saturday. 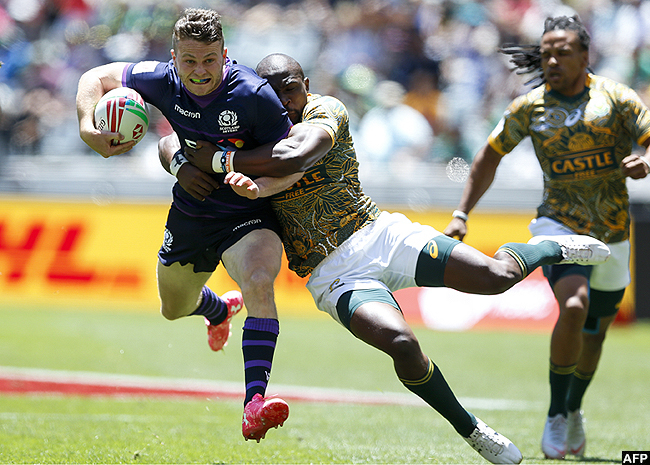 And finally, on Sunday, Scotland's Max Mcfarland (L) was tackled by South Africa's  Siviwe Soyzwapi during the Rugby Sevens quarter final on the second and last day of the tournament at the Cape Town Stadium in Cape Town.