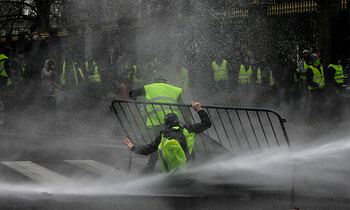 Amid loud calls for him to end the "yellow vest" crisis gripping France, President Emmanuel Macron will address the nation Monday as authorities count the cost of weeks of anti-government protests.

The president will speak to the French people at 8:00 pm (1900 GMT), his Elysee office announced -- Macron's first public comments after four weeks of nationwide anti-government demonstrations which again turned violent Saturday in Paris and other cities.

Macron, who has been the target of many protesters' anger over his perceived pro-rich policies, was expected to announce "immediate and concrete measures" to respond to the crisis, added Labour Minister Muriel Penicaud.

Officials said anti-Macron riots in Paris Saturday had been less violent than a week earlier, with fewer people injured, but damage to property across the capital was far worse. 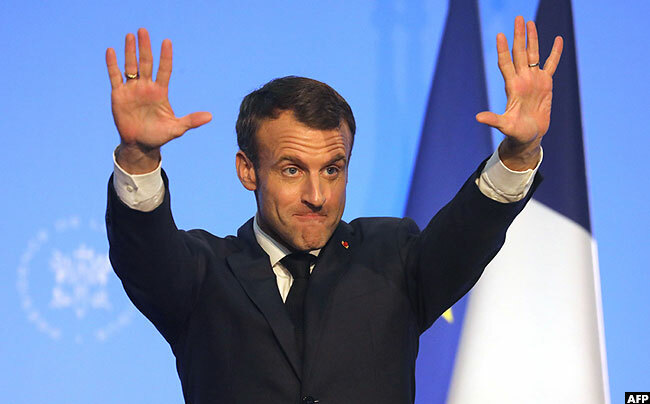 Burned-out cars dotted the streets in several neighbourhoods Sunday as cleaners swept up the broken glass from smashed shop windows and bus stops.

"There was much more dispersion (of protesters), so many more places were impacted," Paris deputy mayor Emmanuel Gregoire told France Inter radio.

"There was much more damage."

The southwestern city of Bordeaux was also badly hit by rioting on the fourth  weekend of nationwide protests.

What began as demonstrations against fuel tax hikes has ballooned into a mass movement over rising living costs.

Finance Minister Bruno Le Maire said the unrest was a "catastrophe" for the French economy, with roadblocks playing havoc with traffic and riots putting off tourists from visiting Paris. 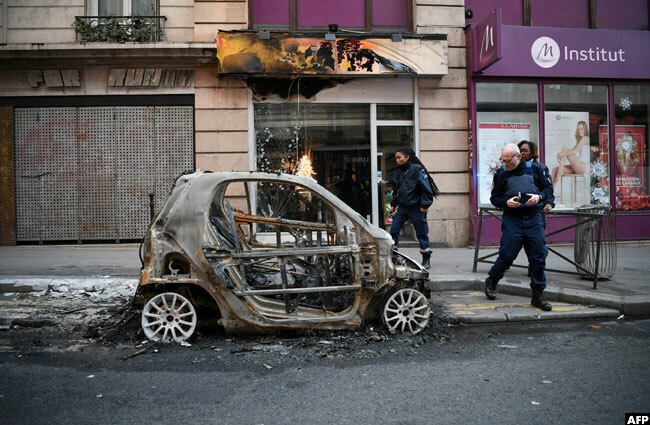 Parts of the capital went on lockdown Saturday, with department stores shut to avoid looting, along with museums and monuments including the Eiffel Tower.

Protesters hail overwhelmingly from rural and small-town France but have a range of different goals, from lower taxes to Macron's resignation.

"It is clear that we underestimated people's need to make themselves heard," government spokesman Benjamin Griveaux told Europe 1 radio.

"It is anger that is difficult to understand from an office in Paris," he acknowledged.

Alain Juppe, mayor of Bordeaux where a protester lost his hand after picking up an anti-riot grenade, joined calls from across the political spectrum for Macron to respond.

"This disorder must end," the former prime minister tweeted. "The president must speak, and speak quickly." 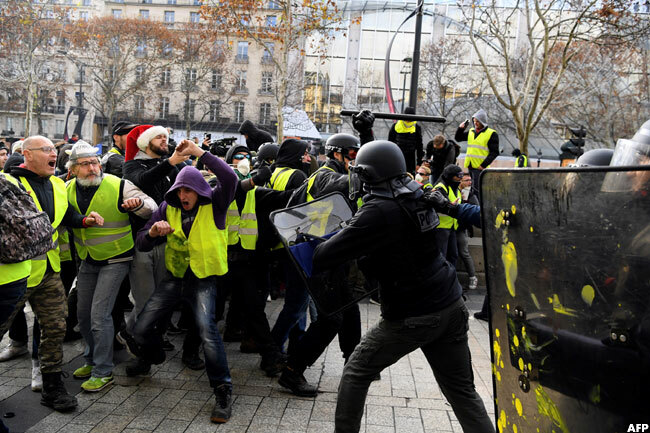 The protests have shown little sign of easing since they began on November 17.

In Paris, around 10,000 "yellow vests" flocked to the Champs-Elysees and other areas.

Nationwide, more than 2,000 people were detained -- over 1,000 of them in Paris as police vowed "zero tolerance" for trouble-makers.

France's chief prosecutor Remy Heitz said those arrested had "a very similar profile to last week", including many far-right and far-left agitators.

Most of the protesters rounded up were men younger than 40, without previous criminal records, from across France.

"Prosecutors have clearly decided not to let the violence committed in Paris go unpunished," he told reporters, adding that nearly 100 minors were among those detained. 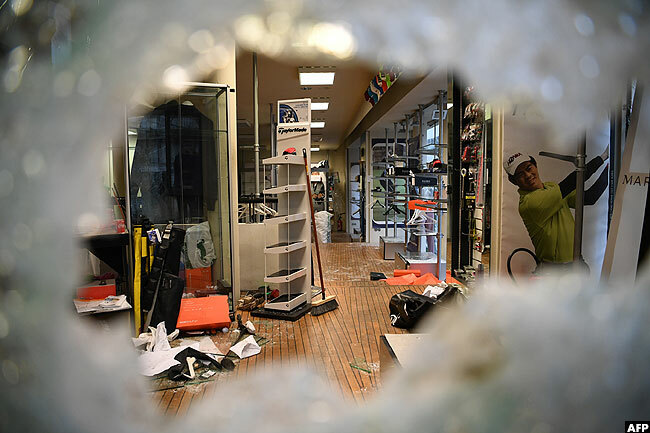 This golf shop on Marceau avenue had its window smashed

The crisis facing a leader who had been hailed internationally as a youthful defender of liberal values, is being closely watched abroad.

Spain's El Pais newspaper said it was the first time Macron was "hesitating, giving the impression that he does not know what to do".

He has already offered protesters a string of concessions, including scrapping further fuel tax rises in 2019 -- a major climbdown for a president who had vowed not to be swayed, like his predecessors, by mass protests.

But so far he has refused to back down on another policy hated by the "yellow vests": his decision to scrap a tax on the assets of France's wealthiest.

Penicaud on Sunday also rejected the idea of a hike in the minimum wage, saying it would have knock-on effects for the whole economy.

"If we raise all salaries automatically, many businesses would just go bust -- or they would have to raise their prices, and no one would pay for their services." 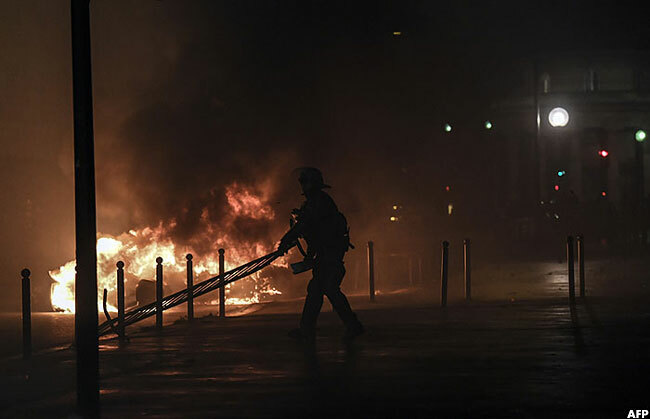 On Saturday, a riot policeman held a barrier as a fire raged on near the Champs-Elysees avenue in Paris

The movement has spread beyond France's borders, with around 400 arrested at a "yellow vest" event in Brussels on Saturday and peaceful demonstrations taking place in Dutch towns.

In France, authorities have also launched an investigation into social media activity from accounts allegedly drumming up support for the protests, sources told AFP.

According to Britain's Times newspaper, hundreds of online accounts linked to Russia were used to stoke the demonstrations.

Citing analysis by New Knowledge, a cybersecurity company, the Times said the accounts spread disinformation and used pictures of injured protesters from other events to enhance a narrative of brutality by French authorities.