The US National Institutes of Health (NIH) is sponsoring the trial and the NIH-funded HIV Prevention Trials Network (HPTN) is conducting the study, called HPTN 084. 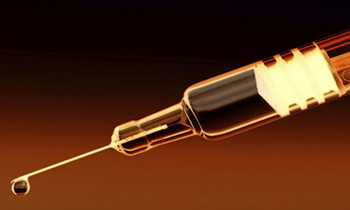 Uganda is part of six other countries participating in a trial of a long-acting injectable medication given to prevent HIV infection among sexually active women.

The study, which began screening volunteers on Monday at Uganda Virus Research Institute (UVRI) in Entebbe, is designed to test how effective and safe the injectable cabotegravir is, compared to daily oral Truvada, which is already approved as a pre-exposure prophylaxis.

A prophylaxis is medicine you take to prevent an infection. According to Dr. Amanda Wanyana, a senior medical officer at the Uganda Virus Research Institute (UVRI), this large-scale clinical trial is also taking place at Baylor Uganda sites and Makerere University-Johns Hopkins University (MUJHU) Research Collaboration.

Other countries participating in the study are Swaziland, Kenya, Malawi (with two sites), Botswana, Zimbabwe (having five sites) and South Africa (six sites). Wanyana says UVRI in Entebbe is looking for 147 women volunteers, who must be HIV-negative, sexually active, not pregnant and not breastfeeding. The women must not be volunteering in other trials, have no chronic diseases, no skin infection and no soya allergies.

The doctor said the screening will continue, until they get the 147 women required. She invited all HIV negative-women, who are sexually active to volunteer. The trial will examine whether a long-acting form of the investigational anti-HIV drug cabotegravir injected once every eight weeks can safely protect women at risk for HIV infection. The only drug regimen currently licensed for HIV pre-exposure prophylaxis, or PrEP, is the ARV truvada taken daily as an oral tablet.

The US National Institutes of Health (NIH) is sponsoring the trial and the NIH-funded HIV Prevention Trials Network (HPTN) is conducting the study, called HPTN 084. It is co-funding it in partnership with ViiV Healthcare and the Bill & Melinda Gates Foundation. ViiV Healthcare and Gilead Sciences Inc. are providing the study medications.

According to Prof. Anthony S. Fauci, the director of the US National Institute of Allergy and Infectious Diseases (NIAID), which is part of NIH, taking a daily pill can be challenging for some people. If this long-acting injectable form of protection turns out effective, it may be an easier, more desirable and discreet alternative.

Current data suggest that women who use oral truvada for HIV prevention may need to take it every day, without fail, to achieve and maintain drug concentrations high enough to provide protection. The trial targets women who accounted for 58% of new HIV infections among adults in southern and eastern Africa in 2016.

The trial will enroll approximately 3,200 sexually active women aged 18 to 45 years at 20 sites in seven countries in southern and eastern Africa. The women are randomly assigned to either the cabotegravir group or the truvada group. Neither the participants nor the study team will know who is in which group, until the end of the trial.

Participants will receive HIV prevention counselling, condoms and counselling to encourage and support adherence to the daily pill. They will be tested for sexually transmitted infections (STIs) throughout the trial and referred for appropriate treatment if an STI is diagnosed.

Participants will also be tested for HIV at least every eight weeks, and those who become HIV-infected during the trial will stop receiving the study products and be referred to local medical providers for appropriate HIV care and treatment.