Ronald Rwaheru, the husband and father to the deceased, said he has been renting the house for three years, and now remains homeless. 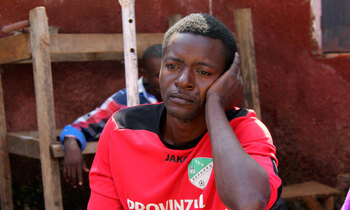 Ronald Rwaheru ponders the next action. Photos by Jeff Lule

The Police are investigating the cause of fire that led the death of four people, including a five month baby.

The incident happened on Tuesday night at around 11:00pm in Nabutiti village, Kansanga parish, in Makindye, Kampala. The deceased were identified as Annet Twakiire (mother) and her children Eria Rwaheru 8, Musa Rwaheru 5, and a five-month-old baby Rebecca Mukisa.

The Kampala Metropolitan, Police spokesperson, Luke  Owoyesigire, said they are still investigating the cause of the fire. One of the survivors of the fire

"The case is investigated under Ref no: 020711/2018 at Kansanga Police Station. But it is alleged that a candle was left burning and caught one of the items in the house and caused the fire to spread," he noted.

He said the bodies were taken to Mulago Hospital mortuary.

Ronald Rwaheru the husband and father to the deceased said he has been renting the house for three years, and now remains homeless. "I have nothing left apart from my two sons. I have no home all the property was destroyed," he noted. 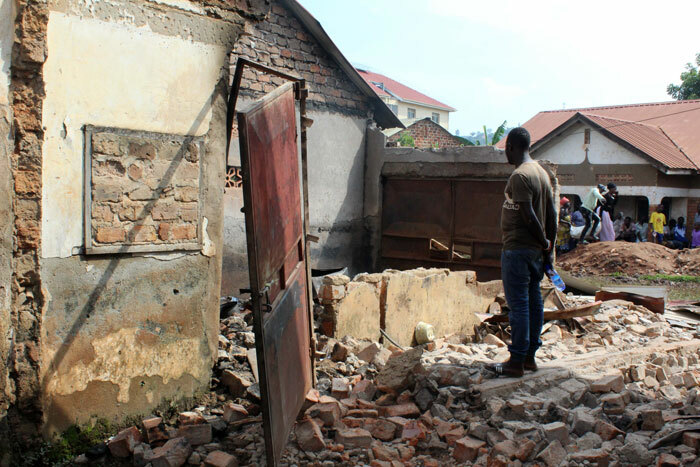 All the four are to be buried at Kayanja-Madudu in Mukono district.

A family of seven people, in September this year, perished in a fire in Kamutur trading centre in Kamutur sub-county of Bukedea district.