A resident says the community lacks clean water and the only protected water source has been polluted by waste from the factory, although the factory now has a lagoon to manage wastes 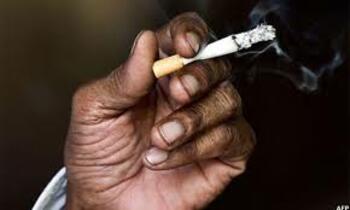 John Peter Tabule, a Senior Four student at Katrini Secondary School in Arua district, says he is ready to grow tobacco better than traditional farmers in the West Nile region.

Tabule is one of the many students who have visited a demonstration farm, which was set up by the Meridian Tobacco Company (MTC) in Arua early this year.

He says extension workers hired by the tobacco company took them on a guided tour of the farm near the tobacco factory in Pajulu-Olevu village, Ajia sub-county in Arua district. This company has opened the doors of its farm to students and farmers across the West Nile region.

Christopher Butele, another student from Katrini Secondary School in Arua district, wondered why their teacher decided to take them on a tour to MTC's processing plant in Ocoko. He said it would have been better for students to study physical features such as rivers, mountains and rift valleys in the region that is endowed with rich flora and fauna.

Another 17-year-old student, who was part of the team that toured the factory and the demonstration farm, said they were hit with an unpleasant smell inside the factory. "I told my teacher the smell of tobacco dust was bad for me, but he advised us to tolerate the situation. If I had known about the provisions of the law barring those under 21 from accessing such places, I would not have gone to the tobacco," the student said. 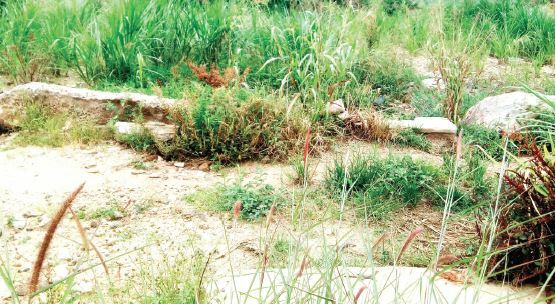 The wetland that filters waste from the MTC factory before it pours into the stream in Pajulu Olevu village, Ajia sub-county in Arua district.

In the last three years, MTC claims to have trained over 3,000 people from various parts of the West Nile region and opened its gates to residents, regardless of their age. Like most farmers, the students clearly do not have knowledge about the Tobacco Control Act 2015 that prohibits those below the age of 21 from engaging in any tobacco-related activity.

Lack of knowledge
Asked whether the school administrators were aware of the provisions of the Tobacco Control Act 2015, Stephen Adroma, the headteacher of Ombatini Secondary School, said: "I am sorry I am not aware of this law and the consequences of involving minors in any tobacco-related activities." Adroma said the field trip was organised by his geography teachers.

"The interest of the school was a visit to the demonstration farm not a tour of the factory," he said. The headteacher of Katrini Secondary School, Sam Egama, said geography students were taken to the MTC demonstration farm for a study tour. He said the school administration had no idea about the Tobacco Control Act 2015.

Egama added that they acted in ignorance of the law.

What residents say
The local community in Pajulu Olevu village complains about the bad smell coming from both the tobacco factory and the poorly managed sewage. They say that emissions from the factory have polluted the air causing coughs and discorfort.

Alfred Drabe, whose home is a stone's throw away from the factory, accuses the management of not paying attention to the health of the local community. He says the community lacks clean water and the only protected water source has been polluted by waste from the factory, although the factory now has a lagoon to manage wastes.

"We request the company to help the community construct a borehole so that we stop relying on drinking water from streams," Drabe said. Zila Bako, another resident in Pajulu Olevu village, says she is worried about her family's health. "When the waste mixes with water, it looks oily — similar to petrol," she said.

Experts speak out
Emmanuel Odama, a soil scientist at the National Agricultural Research Organisation in Arua, expressed concern over the use of tobacco dust as manure. "Ideally, in fertiliser management, a farmer has to be aware of the crop's requirement as far as nutrients are concerned. So the gap between the crop's requirement and the available nutrient content is the gap that the fertilisers come in to fill," Odama explained.

He warned of residual effects on the crops and soil structure due to abuse of fertilisers. Dr Hafsa Luswata, a public health practitioner, said the company needs to test nicotine levels in the tobacco dust and other byproducts to avoid exposing farmers and workers to risks associated with tobacco and its products.

Joachim Andiandu, the Arua district environment officer, said children visiting the farm as part of training could not be regarded as being directly engaged in tobacco-related activities. He said waste water from the company is treated and that the company had been ordered to control the smell.

MTC officials respond
MTC officials have denied allegations that the demonstration farm is used to promote tobacco farming and related activities. Joseph Oculu, the MTC human resource manager, said their employees wear protective gear. Morish Mungufeni, who manages the demonstration farm, said they do not mention the word ‘tobacco' to learners, especially the minors who visit the farm.

However, he admitted that tobacco dust is the main manure used on the farm. The MTC general leaf manager, Gilbert Kohn, said: "We set up this demonstration farm and made it open to the communities to provide an opportunity for those who are interested in agriculture to learn best practices for sustainable agriculture."

Lack of advisory services
The Maracha district health officer, Dr Paul Onzubo, said due to the poor agricultural advisory services, farmers in the country are easily manipulated to engage in tobacco growing.

He said students should instead visit places such as the zonal agricultural research centres. A recent report published by the African Tobacco Control Alliance indicates that tobacco companies are targeting school children in Africa by advertising and promoting tobacco-related activities in schools and in communities.