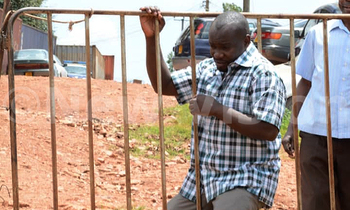 PIC: Yusuf Kawooya making his way through the gate bars at the Kireka Special Investigations Directorate in Kireka after his release on bond on Wednesday. (Credit: Eddie Ssejjoba)

KAMPALA - Yusuf Kawooya, the man whose recent violent arrest in the heart of the city sparked off intense condemnation, has been released on Police bond.

He is to report back to the Chieftaincy of Military Intelligence (CMI) on October 31.

Kawooya was arrested by plainclothes men in broad daylight on Colville Street near Christ the King Church in the city centre last Thursday.

Kawooya was set free on Wednesday.

Footage of his violent arrest by a group of gun-wielding men last week went viral, sparking off widespread condemnation. One of the men was seen hitting the hapless Kawooya with the butt of his gun during the chaotic episode, before he was shoved into a commuter van and driven off to an unknown destination as people watched on helplessly.

Five military suspects were paraded before the UPDF Unit Disciplinary Court on Saturday and pleaded guilty to unprofessional conduct while carrying out the arrest.

After the video had gone viral, security agencies denied involvement, which got people to believe that Kawooya had been kidnapped.

However, a day later, security confirmed that Kawooya had been arrested and was been held by security. His relatives demanded to know his whereabouts but only managed to see him on Tuesday.

His party, the Democratic Party, too, called for his unconditional release.

Despite medioa reports that Kawooya had links with rebel group Allied Democratic Forces (ADF), he has not been charged.

Following his release at Kireka Special Investigations Directorate in Kampala, he said he was weak and felt some pain from within. He was later taken to an unnamed hospital for medical attention.

After waiting for him to emerge from the facility on Wednesday, Kawooya's family was delighted to finally receive him. The group included his father, Rtd. Capt. Habibu Jjingo and siblings Sharifa Nakitende (a Rubaga division councillor representing Ndeeba parish) and brother Sulaiman Ssemakula.

"I am delighted that my son is finally released, but now we need to take him for medical checkup and treatment," said Kawooya's father. 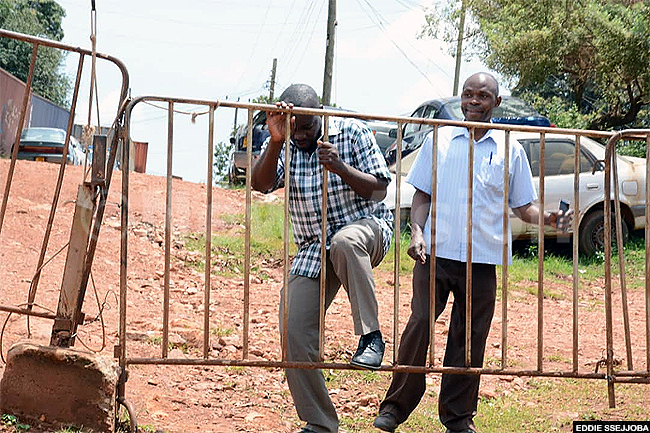 After being set free, Kawooya had to think outside the box to make his exit after finding the main gate closed and no-one to open 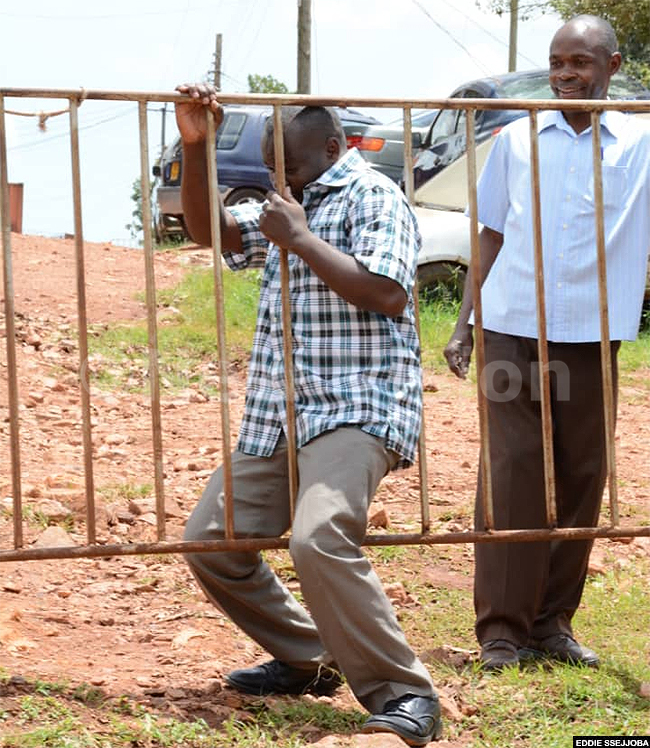 No, he was not escaping. The DP man had to pull off a Harry Hoddini stunt to make his way out 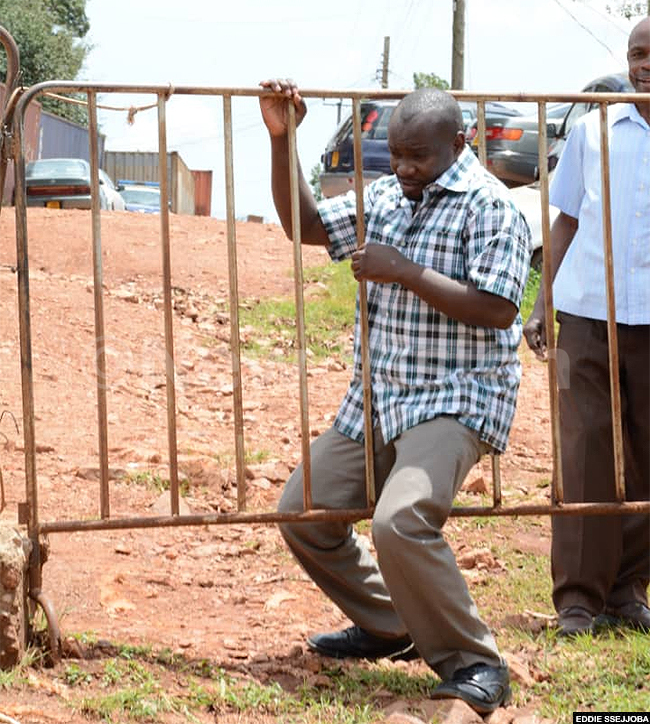 It was a tight squeeze but he was almost there 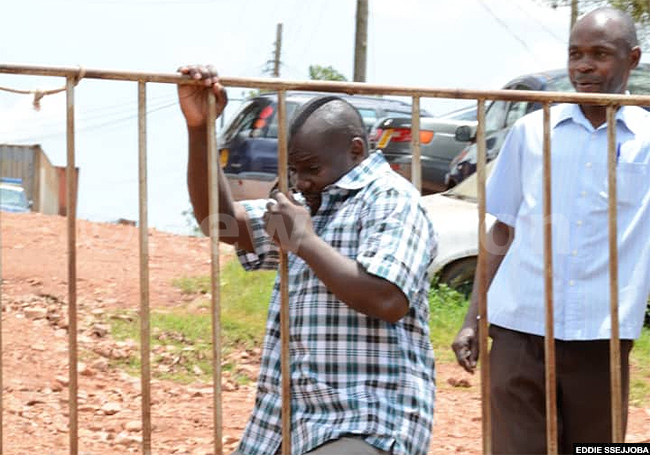 Wearing a checkered shirt and a grey pair trousers, the determined Kawooya constricted his bulk to go through the metallic bars 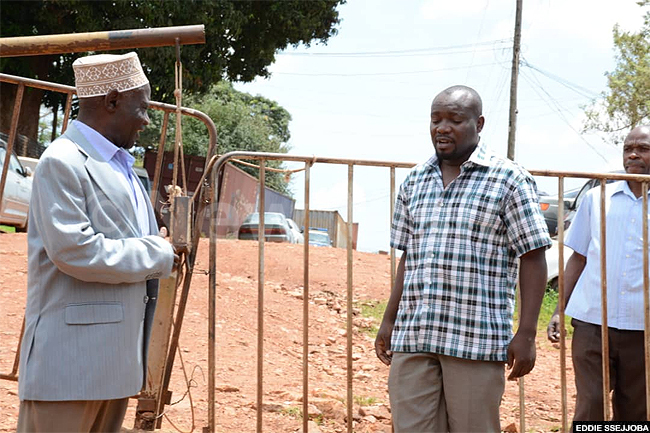 Once through to the other side, his father Rtd. Capt. Habibu Jjingo, received him with a smile 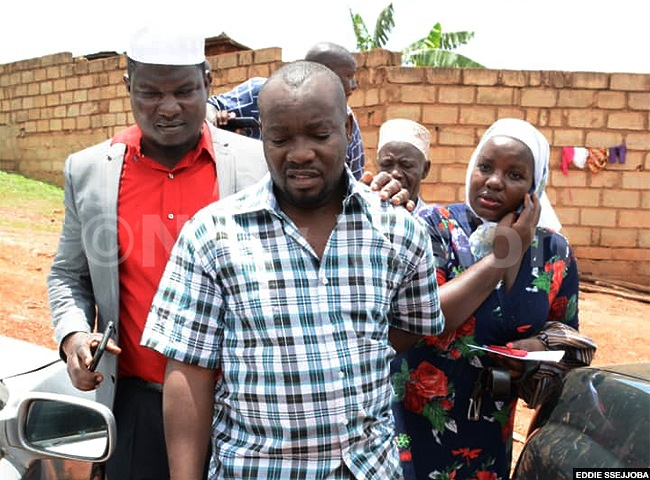 Kawooya said that despite tasting freedom and reuniting with his family, he still felt weak