Why there should be no debate on relocating Bududa landslides victims

Last week the President came out and apologised on his behalf and the government after Bududa mudslides which claimed over 45 lives. 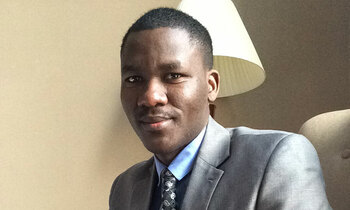 As a scholar, I want to take this special opportunity and congratulate President Yoweri Kaguta Museveni for apologising.

Last week the President came out and apologised on his behalf and the government after Bududa mudslides which claimed over 45 lives.

The President was right; the Government had allocated money to relocate the victims but this was not done due to laxity in the ministry of Disaster Preparedness, Management and Refugees.

And as the president noted; "I was let down by my people. I apologise…" the President ate a humble pie and apologised on their behalf despite himself being right since the Government had allocated sh8b for the work which remained idle for five years.

I congratulate the president because, this was really a sign of humility and yes, it takes a big man with a super big heart to say I am sorry.

Actually, they should not only apologise to Ugandans but also to God for their laxity cost lives and God's people died, such an act cannot be forgiven by us human beings alone, we surely must involve God!

This is why we should demand that such people despite the president apologising on their behalf, they too should apologise.

They should resign because letting down God's people is ungodly and according to two books of the Holy Bible,1 Chronicles 21:24 and 2 Samuel 42:24, King David taught us that, it is useless to make a sacrifice that costs nothing. Therefore, their apology should be followed by something that will cost them - let them resign their jobs!

Secondly, I support president Museveni's stand that government will compulsorily relocate all those living in areas affected.

Some politicians who are against this arrangement have not given a feasible option other than politicking at the expense of the vulnerable people in Bududa and later blame government for not doing enough to "save" them.

Those politicians opposed to relocation arrangements claim they so much love "their" people yet their actions resulted into uncoordinated voices against resettlement arrangements after 2010 and 2014 tragedies in Mount Elgon region and hence caused hesitation for voluntary resettlement in Burambuli and Kiryandongo areas respectively where government had secured land for the victims.

It is now 2018, another tragedy again occurred, and same local politicians are again politicking and speaking in tongues about resettlement program claiming how they don't want "their" people to leave their homes claiming they will suffer since there are no established social services.

The question is; isn't this an insult to collective intelligence to oppose arrangement to resettle people to safer areas even if there are no first class services than leaving them in same areas to suffer similar tragedy as it was in 2010, 2014 and recently this month?

I support president's stand that people in risky areas must be relocated for, his stand is not a politician's but a sign of good leadership, those against it for any reason are simply politicking and creating avenue for a historical disgust, and therefore all right thinking Ugandans should back the president to block this political nonsense.

Even if the move is branded undemocratic, I unapologetically support it after all, democracy is not a catalyst for the wellbeing or development of people.

Put differently, democracy is as a result of development which can only be achieved if people are supported and helped to live without disturbances like calamities such as landslides as we witnessed it in Bududa in the past days.

Those calling planned forceful (those against it) relocation of people in risky areas a sign of not being democratic should know that Uganda will not develop because of democracy but will have democracy because of development which will only happen when people are healthy and working than being buried by landslides.

I, therefore, support the idea that those opposed to relocation plans should forcefully be relocated, this is a sign that our president is a visionary leader after all, vision is the ability to talk about the future with such clarity as if we are talking about the past.

Therefore, saying we should relocate those alive is good because it is a clear that the act will save these people, it is a vision call!

The writer is a PhD candidate of International Relations and Diplomacy.