The North Korean leader has yet to meet with Russian President Vladimir Putin, who has previously invited Kim to Moscow. 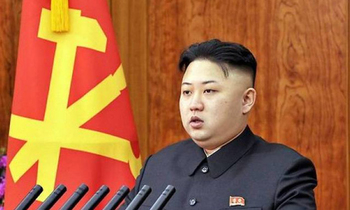 South Korean President Moon Jae-in said Monday he believed North Korea's Kim Jong Un would soon meet with the leaders of China and Russia as part of an ongoing diplomatic effort to reduce tensions on the Korean peninsula.

It comes a day after the North Korean leader agreed to hold a second summit with US President Donald Trump "as early as possible", following a meeting with US Secretary of State Mike Pompeo in Pyongyang.

The possibility of a summit between Kim and Japanese Prime Minister Shinzo Abe is also "open", Moon said, adding: "A new order is being created on the Korean peninsula."

Kim and Xi have met three times in China this year as the two countries seek to repair relations frayed by tensions over the North's nuclear activities and Beijing's backing of United Nations sanctions against its Cold War-era ally.

The North Korean leader has yet to meet with Russian President Vladimir Putin, who has previously invited Kim to Moscow.

Japan has historically taken a hard line on Pyongyang and stressed the need to maintain pressure on the regime. More recently, however, Abe has expressed interest in a face-to-face meeting with former international pariah Kim.

The latest chapter in the diplomatic flurry comes as Trump sent Pompeo on a whirlwind trip to the region to rekindle stalled denuclearisation talks with Pyongyang.

Pompeo tweeted Monday that he was heading to China to work on a "final, fully-verified" denuclearisation of North Korea.

The first-ever summit between US and North Korean leaders was held in June this year -- a meeting critics say resulted in only a vague commitment by Kim towards denuclearisation.

North Korea's vice foreign minister Choe Son Hui met with officials in Beijing on Saturday and is due to hold talks with Russian counterparts in Moscow followed by a trilateral meeting with China and Russia.