The suspects are implicated in the attack of the President's motorcade in the runup to the August 15 Arua Municipality by-election. 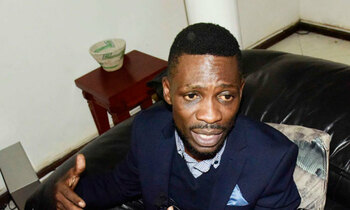 GULU - The case in which Kyadondo East MP Robert Kyagulanyi (Bobi Wine) and more than 30 others are accused of treason has been put on hold for another two months.

On Monday, when the suspects appeared for mention of their case, Gulu Grade One magistrate Yusuf Ndiwalana went on to adjourn the case until December 3 at the request of the state prosecutor Julius Ochen.

Prior, all the suspects were charged with treason after being implicated in the chaotic episodes in the leadup to the August 15 Arua Municipality by-election, including the attack of the President's convoy.

Thirty-three of them, including Bobi Wine, were later granted bail late August.

The legislator's bodyguard, Edward Ssebuufu, and a one Musa Ssenyange were, however, remanded to Gulu Central Prison after being charged with treason in September.

The suspects' legal team planned to apply for bail so they could also be released like their co-accused.

Due to ill health, some of the suspects did not appear in court on Monday and were represented by their sureties in a packed courtroom.

Another legislator, Francis Zaake (Mityana Municipality), did not appear in court, but early September had Police prefer charges of treason and unlawful escape from custody against him.

The bedridden legislator was then released on Police bond.

Zaake reportedly declined to sign the Police bond form, which required him to report at the Criminal Investigations Department headquarters this week on Wednesday (October 3).

Both Zaake and Bobi Wine were allowed to fly out to India and USA, respectively, for specialised treatment following their incarceration.

While Bobi Wine returned home 11 days ago, Zaake is expected back this week. 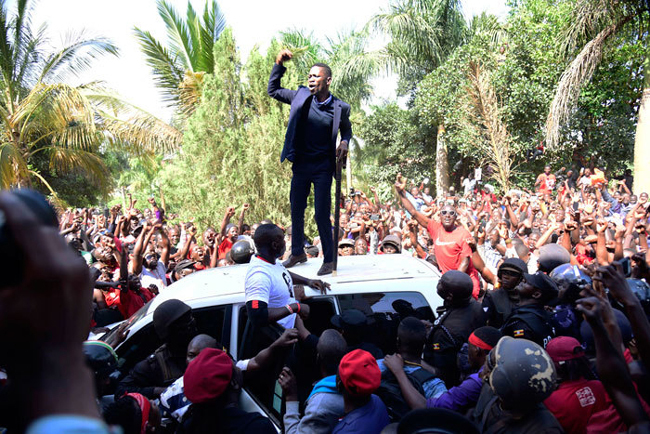 Bobi Wine's return was punctuated by a heavy security presence within parts of Kampala and the way leading to Entebbe International Airport.

The legislator's supporters celebrated his return, and many flocked to his home in Magere, Wakiso district to welcome him back.

I am much better, says Bobi Wine upon return