''If we work, God will bless our labour," Ahimbisibwe said. 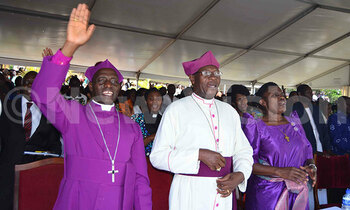 The Anglican Bishop of South Ankole Diocese, the Rt Rev Nathan Ahimbisibwe has asked Christians to develop a culture of hard work, to free themselves from what he called the "yoke of misery."

The Prelate argued that work was a Biblical ethos, since God himself worked when he was creating the world and also assigned human beings to be procreators with him.

"The call to mission puts it to us to preach the gospel in word and deed. But we must also be mindful to work to ensure our dignified survival and self-sustenance of the Church. If we work, God will bless our labour," Ahimbisibwe said.

Ahimbisibwe excited Christians when he told them that much as he was a prelate, he continued to practise his trade of farming, which he said had given him even more joy in his episcopal ministry. "Further to pastoring God's flock, I am also a farmer with over six acres of pineapples. Working hard has enabled me to do my episcopal ministry even more conveniently."

To show the congregation that he was not a needy prelate because of his hard work, Bishop Ahimbisibwe pulled a bundle of banknotes and dished them out to some ‘lucky' Christians. 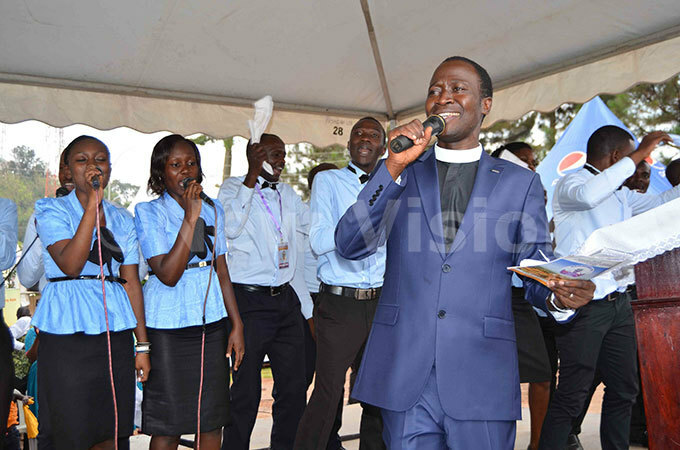 The worship team of Namirembe Diocese Missions Department in action during the closure of the Decade of Mission on Sunday. Photo by Mathias Mazinga.

Bishop Ahimbisibwe was delivering his homily during the Namirembe Diocese Convention at Namirembe Cathedral Gardens on Sunday, where he was the guest speaker. The convention, which attracted thousands of Christians, also marked the closure of the diocesan decade of mission (which began in 2008).

The Bishop of Namirembe diocese, the Rt Rev Wilberforce Kityo Luwalira (who hosted the convention), asked Christians to avoid religious syncretism, which he said had made many Christians to divert from Jesus. Luwalira   condemned the rampant immorality that he said manifested in vices like prostitution, violence, corruption, marital unfaithfulness, domestic violence, drunkenness and corruption.

He asked the Christians to pursue only the heavenly treasures and the righteousness of God, who would in turn lavish his blessings on them.

The Secretary for the Missions Department of Namirembe Diocese, Rev Samuel Muwonge announced plans to construct a sh9bn Mission House, for which about sh243m had already been raised. He said the ground-breaking function would take place on November 13 (2018). 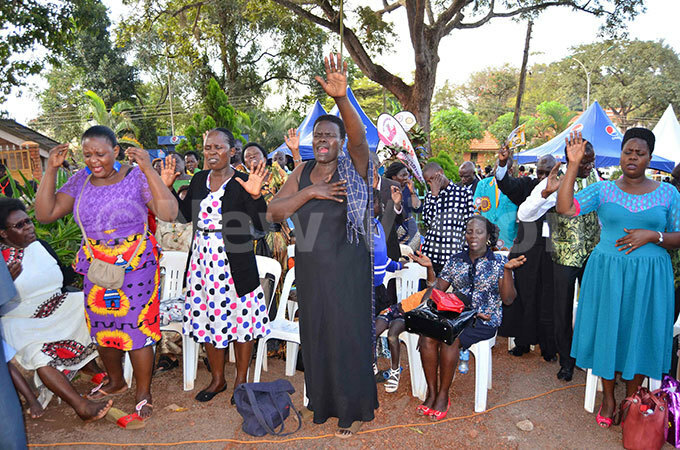 The worship team of Namirembe Diocese Missions Department in action during the closure of the Decade of Mission on Sunday. Photo by Mathias Mazinga.

Bishop Luwalira also handed over a trophy to Katwe Martyrs Church Choir, who were the winners of the diocesan music competition.

The day-long function ran under the theme: That I may know Him and the power of His resurrection (Philippians 3:10