Screening of people crossing from DRC for signs and symptoms of Ebola is being conducted at official and unofficial points of entry. 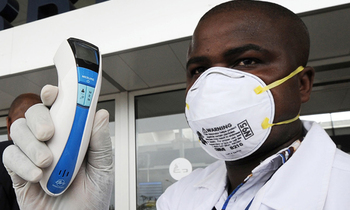 Uganda steps up Ebola screening at the DRC. PHOTO: AFP

Uganda has no case of Ebola, despite a newly confirmed case near the shores of Lake Albert on the DR Congo side of the border, in Ituri Province, the ministry of health has said.

According to a press release, the patient died on the September 19 at Tchomia General Hospital which is quite close to Uganda.

“She was a contact of two previously confirmed cases (her mother and sister), thus a high risk contact. We are informed that she got lost to follow up when she moved to Kasenyi. She later became sick, and was admitted in Tchomia General Hospital where she died. A sample was taken from her and results released on the September 21, confirmed that it was positive for Ebola,” reads the press release.

Nonetheless, the health ministry said that there is a high risk the disease could spread to Uganda as a result of population movements across Lake Albert to Uganda.

Consequently, the health ministry and partners are supporting the districts bordering DRC to heighten preparedness and readiness to handle any Ebola case.

Screening of people crossing from DRC for signs and symptoms of Ebola is being conducted at official and unofficial points of entry. Communities have been sensitised about Ebola and are vigilant and reporting any suspicious cases for investigation. 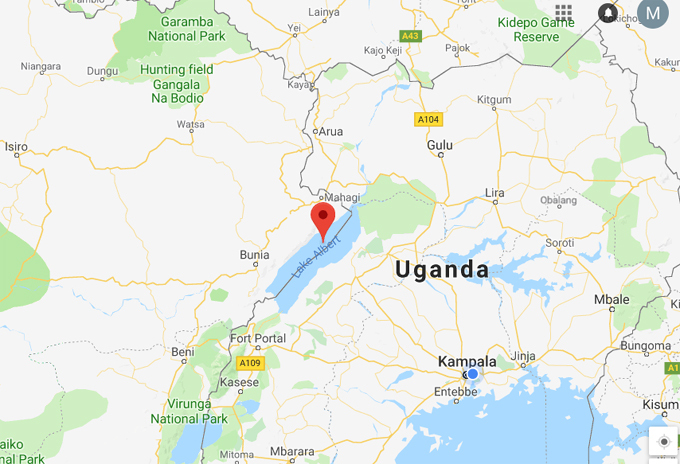 Vaccination of front-line health workers to protect them against infection with Ebola Zaire, the strain causing the outbreak in DRC, will be conducted soon.

No confirmed case of #EBOLA in #Uganda. However, there's a confirmed case on the #DRC side of the border across Lake Albert. Although there are cross-border movements, Uganda is on high alert & conducting entry screening & active surveillance for patients with Ebola-like symptoms pic.twitter.com/TqcSqVpVqj

The Ebola virus causes an acute, serious illness which if not treated early is often fatal. Ebola is introduced into the human population through close contact with the blood, secretions, organs or other bodily fluids of infected animals such as chimpanzees, gorillas, fruit bats, monkeys, forest antelope and porcupines found ill or dead or in the forest.

Ebola spreads from human-to-human via direct contact with the blood, secretions, organs or other bodily fluids of infected people, and with surfaces and materials (e.g. bedding, clothing) contaminated with these fluids. Burial ceremonies that involve direct contact with the body of a person who has died of Ebola can also contribute to the transmission of Ebola. Humans are not infectious until they develop symptoms.

Ebola cases present with a sudden onset of fever, fatigue, muscle pain, headache and sore throat. This is followed by vomiting, diarrhea, rash, symptoms of impaired kidney and liver function, and in some cases, both internal and external bleeding (e.g. oozing from the gums, blood in the stools).

Ebola can be prevented by avoiding contact with fruit bats or monkeys/apes and the consumption of their meat, as well as avoiding direct or close contact with people with Ebola symptoms, particularly with their bodily fluids, without appropriate protective wear.

Health workers donning in preparation for the #Ebola vaccination simulation. The simulation provides an opportunity for the health workers to build their skills for the real environment. pic.twitter.com/x4lGd45hJv