One month into its implementation and the negative impact of this law is already biting into the cash flows of small and midsized companies. 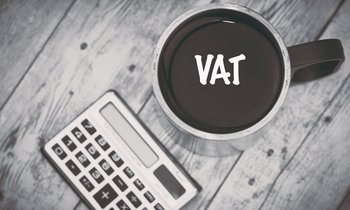 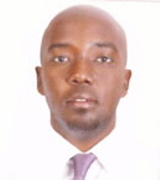 In April 2018, the Minister of Finance tabled before parliament a host of tax amendment bills, among which was the Value Added Tax (Amendment) Bill, 2018. Parliament passed it, the President assented to it and on July 1, it came into force.

One month into its implementation and the negative impact of this law is already biting into the cash flows of small and midsized companies.

Uganda Revenue Authority appointed six hundred eighty (680) companies and government bodies, which form the bulk of the nation's biggest employers, as VAT withholding agents. The law requires that these agents withhold 100% of VAT charged on any supplies or services and remit it to URA directly before the 15th of the subsequent month. For suppliers that are not registered for VAT,  If the VAT exclusive amount on a standard rated supply is equal to or greater than Ugshs 37.5million, then they ought to have been registered and thus 18% VAT will be withheld and remitted as well.

The background to this law is understandable and its enactment well intentioned. URA has been grappling with invoice trading by most tax payers to falsify VAT liability and failure by tax payers to remit VAT, both which directly feed into the collections deficit that URA faces almost every quarter.

With this measure URA hopes to collect an extra sh80bn per annum. However, the implementation of this law places insurmountable burden on the cash flows of the tax payers and on URA's institutional capacity to process the claims for VAT refunds. Let us create a scenario to better understand this predicament.

If company X is a supplier or contractor of any of the 680 VAT Withholding agents and invoices them for Ugshs 1,000,000 worth of services or goods, VAT inclusive. Company X will receive less 6% income Withholding tax and less by 18% VAT withholding tax. Company X while executing this job, will further incur VAT on purchases.

Previously, this VAT on purchases would be offset from VAT received and the balance remitted to URA. With implementation of this law, the offset is not possible since there will be no VAT received. Meaning that company X which invoiced for Ugshs 1,000,000 will receive Ugshs 796,630 and will further incur extra cash outflow through VAT on purchases.  The company will then rely on URA to expediently refund this extra VAT.

In all honesty, URA lacks both the organisational will and the institutional capacity to audit, reconcile and refund thousands of tax payer claims every month. What this means to the vast majority of small and midsized companies that have annual turnovers ranging from Ugshs 500million to Ugshs 5billion is that they will have on average, more than Ugshs 100million of their critically needed capital held up in URA, pending a bureaucratic refund process.

In an economy where access to affordable business capital remains a huge problem for entrepreneurs, such laws and their unintended consequences create more problems than they solve. Businesses will struggle and as a result URA's primary intention will not be realised.

There are several case studies to benchmark on in the region such as Kenya Revenue Authority, which implemented the same in 2003/2004 but later had to repeal it and revise it to 6% VAT withholding tax down from 16% due to the similar challenges mentioned above.

URA has several options that they could adopt which are less prohibitive such as reducing the percentage of VAT withholding tax from 100% to say 30% which would cater for VAT on purchases and greatly reduce the number of claims and free up business capital. They could as well adopt only one withholding tax instead of withholding both income tax and VAT.

URA could exempt such tax payers from paying VAT on purchases to avoid this double cash outflow by business owners or better still exempt complaint tax payers from this prohibitive 100% VAT withholding.  URA could reduce the number of WHT agents from 680 to less than 100 and study the impact on business and tax collections. URA could allow for an interest rate to be paid to tax payers whose refunds are withheld beyond a given period.

In coming up with these laws, URA and MoFPED must first carry out extensive research on the impact of these legislations on all stakeholders. Best practice in management requires that for an organization (or government) to succeed all its departments' objectives must be aligned, therefore Coherence in policy direction between government bodies is paramount.

Uganda Investment Authority should not be laboring to come up with ways on how to ease the business environment in the country, while at the same time Uganda Revenue Authority is taxing the biggest majority of companies out of business.

The writer is an engineer and business owner