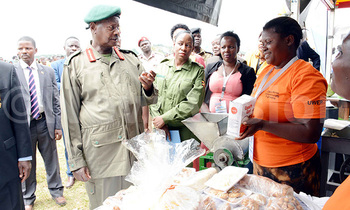 The celebrations were held at Kampiringisa Rehabilitation Centre in Mpigi district and the President emphasised that Uganda's youth need capital and skills. 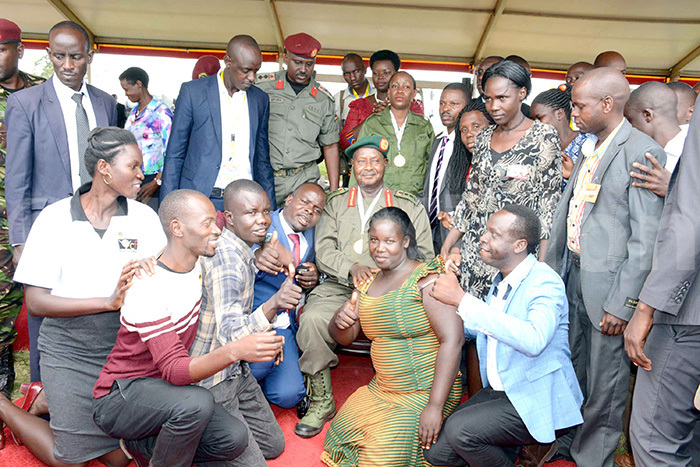 PIC: Some of the youth take a group photo with the President and the minister 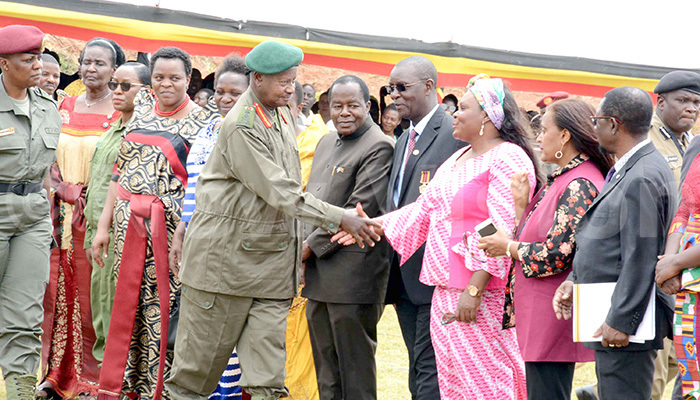 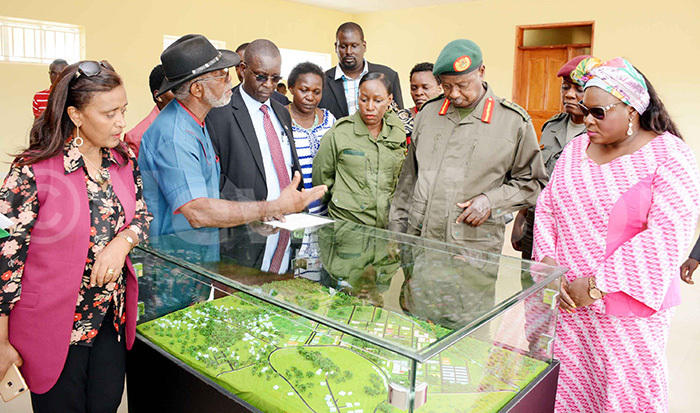 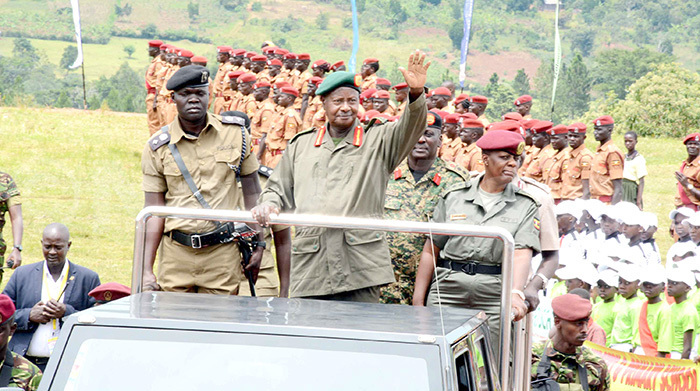 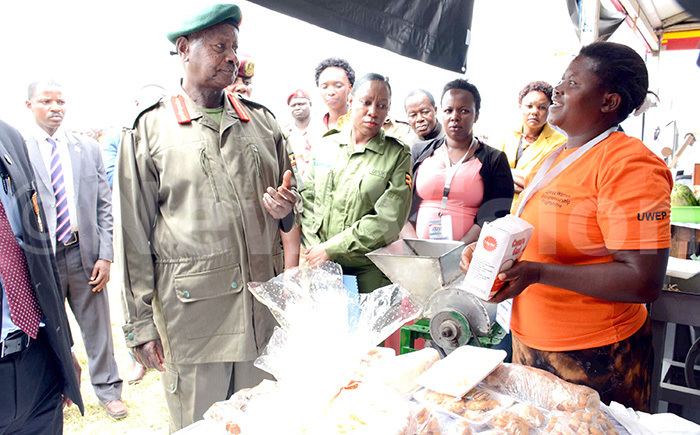 PIC: President Museveni and Florence Nakiwala Kiyingi, the state minister for youth and children affairs inspecting some of the stalls exhibited by the youth 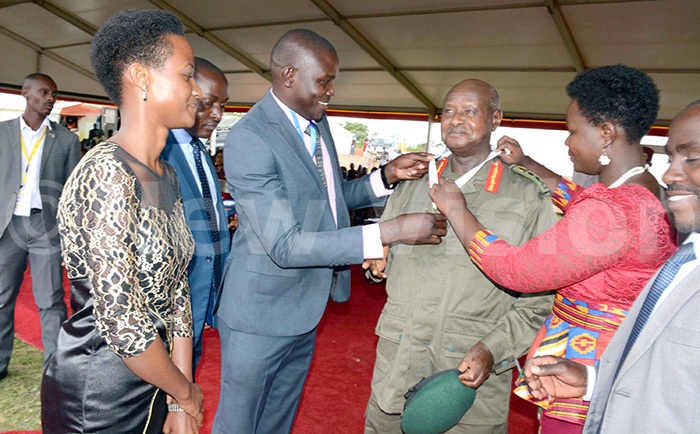 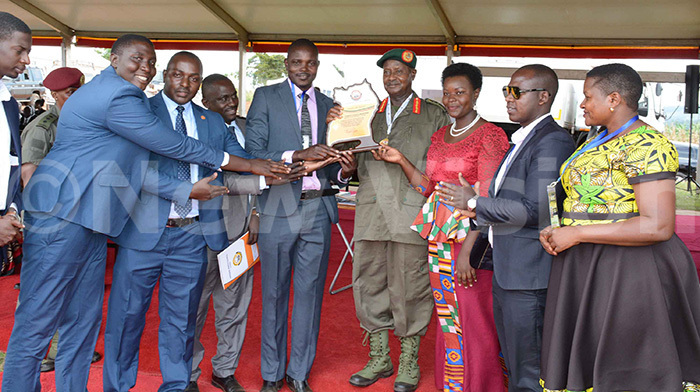 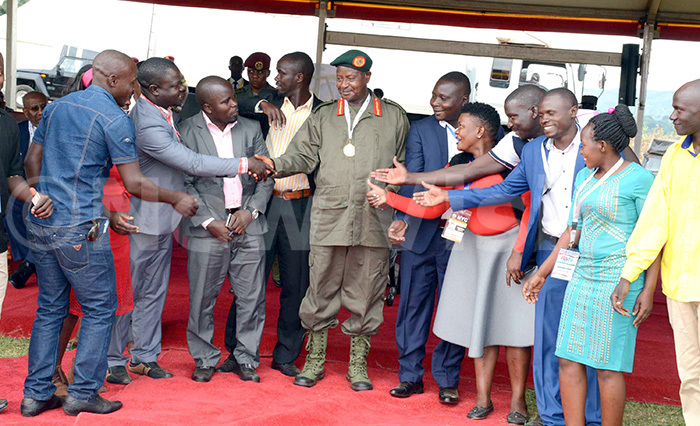