"My lord, we strongly object admission of the photocopied report as evidence because we are suspicious." 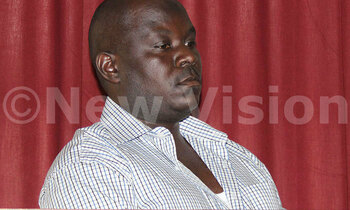 KAMPALA - Lawyers of pine car depot boss, Muhammad Ssebuwufu, have objected to the move by the prosecution to have a photocopied report from the Government Analytical Laboratory tendered in court.

On Tuesday, principal state attorney Alex Micheal Ojok prayed to court to have the report admitted in court as evidence, saying that the original is kept at the laboratory for record purposes.

However, defense lawyers Evans Ochieng and Robert Irumba objected to admission of the report on grounds that it was part-photocopied and part-written in blue ink, raising suspicion over its authenticity.

"My lord, we strongly object admission of the photocopied report as evidence because we are suspicious that it could be a forgery or having been tempered with. Unless we look at the original, we cannot allow the same admitted as evidence," Ochieng said.

Ochieng requested court to direct the head of the Government Analytical Laboratory to produce the original copy for the sake of justice and returned later.

The report in dispute was made following examination of the blood samples obtained from the suspected vehicle, alleged Ssebuwufu's office and that of the accused.

The exhibits were submitted to the Government Analytical Laboratory by Detective Assistant Inspector of Police Henry Peter Walya, who is the investigating officer in the matter.

In reply, state attorney Ojok asked court to admit the report under Rule 62 of the Evidence Act because it was made out of the original copy.

"My lord, the Government Analytical Laboratory retains the original copy and there is no problem in admitting a photocopy."

Meanwhile, state attorney Ojok again informed court that they have not yet succeeded in retrieving the accused's phones that were exhibited upon arrest.

Recently, Ojok told court that the phones were reportedly in the custody of the embattled cyber-crimes officer, Richard Ndaboine.

Ndaboine, also the head of the cyber unit in the Police Forensic Laboratory, is reportedly among the top senior police officers held by the Chieftaincy of Military Intelligence (CMI) alongside former Inspector General of Police (IGP) Kale Kayihura over yet-to-be-known charges.

He told court they are still looking for them in order for their last witness, who is a call data expert, to testify in the matter.