A three months old baby boy was abandoned by the mother near the podium when police and army started firing live bullets and tear gas canisters to disperse the rowdy youths. 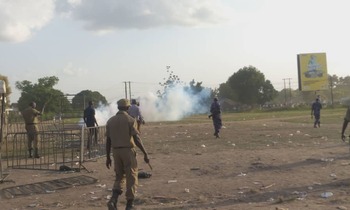 The Police was forced to use teargas at Brian White crowd in Arua. He was at Arua Hill playground during his "Charity" tour.

A three months old baby boy was abandoned by the mother near the podium when police and army started firing live bullets and tear gas canisters to disperse the rowdy youths.

Two people were shot on the legs by the security agencies in the process of dispersing the rowdy and desperate people who had turned up at Arua Hill Boma Grounds to benefit from Bryan White Foundation donations.

Happy Jamila the woman who  found the three months old baby lying helplssly on the football ground as people took off for their lives, said she found the baby and picked it. Jamila took the baby to Arua One FM. She said the mother of the baby first gave the baby to another girl and took off for her life while the girl decided to abandon the baby on ground.

Shortly the mother of the baby identified as Rehema Bako was called on phone and she showed up at Arua one to pick her baby.

Jonathan Musinguzi the RPC West Nile said police and the UPDF swung in action after the rowdy youths started to grab the goods donated by the Bryan White foundation.

Musinguzi suggests that such events be avoided in Arua because of the chaotic youth. 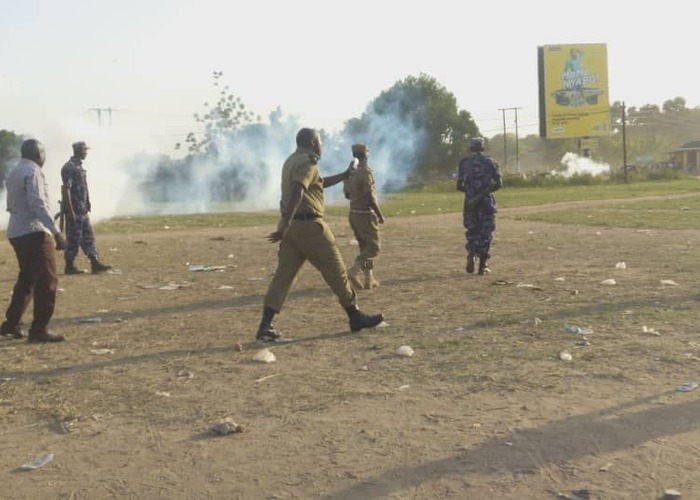 He had been dishing out millions of shillings to youth groups in Arua district for past three days. 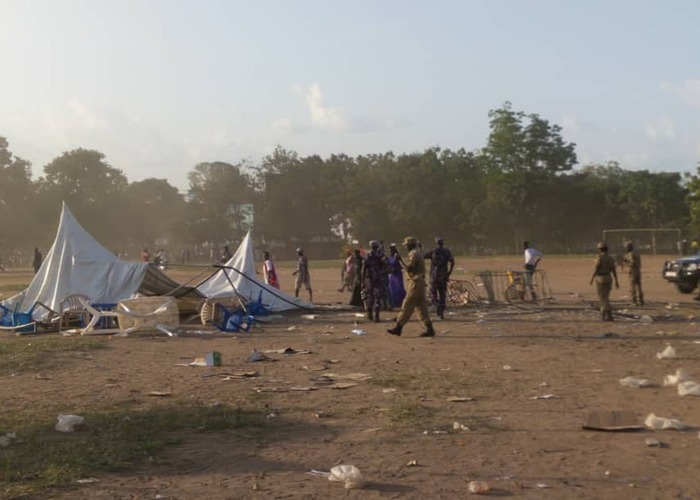 However, chaos broke out and the Police had to use teargas to disperse the rowdy youth. 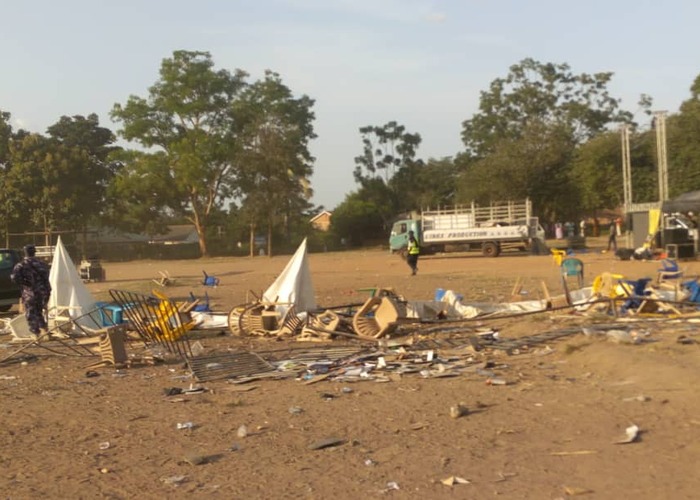