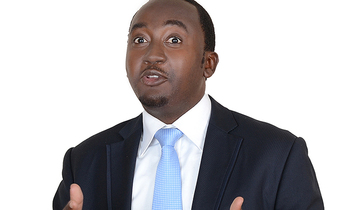 KAMPALA - I have followed the discussions around the Age-Limit ruling with keen interest.

I have also read the thoughts of President Museveni on the same.

It was not surprising that the Court delivered a verdict in favor of lifting the age limits for presidential candidates.

The mere fact that even mama mboga down the street could have predicted (with precision) the ruling, it tells a lot about the Country's judicial system as well as the existent pulls and pressures at play.

At the heart of the perceptions around the ruling is the sense that the Court could not have ruled differently given the circumstances and political context.

The age limit ruling in Mbale was more of political than legal.  Politically, the majority of Parliamentarians that voted for the removal of age limits were ‘thrown under the bus' by the benefactor and sole beneficiary of the age limit amendment law - the incumbent President.

I hope this awakens the consciousness of Parliamentarians to understand for whom and with whom they legislate.  If there was any invisible, it is slowly but surely becoming visible. The veil is lifting.

The judgment in many respects inadvertently overturned the multi-party participatory political system and reset the country to individual-based political practices.

Court's interpretation of the law and the processes towards the amendment paid special focus on the individual of the president.

The fear to hurt the interests of President Museveni could have affected the objectivity of the Court's conclusion in some respect.

Looking at how some of the judges justified aspects such as the military attack on Parliament, the inadequate consultations (on the bill), it was clear that elements of ‘rule of law' can now be subject to negotiation; truths can be evidenced with alternative facts; and belief systems can now be fashioned to provide legal and political legitimacy whenever need arises.

The ruling has unquestionably created a tension between democracy and aspects of judicial review.  Democracy should be in form and substance, and not in mere historicising and posturing.

Citizens should be and feel represented across the entire spectrum of government.

The effects of the judgment will be far-reaching. The ruling was a nod to self-styled ‘rule for life'.

Although the judgment of the Constitutional Court is legal - for now, it remains largely inconsistent with legitimate expectations and may continue to face legitimacy problems.

There is, unfortunately, no quick fix to the current trend of things.  What we are seeing at the moment is akin to a political project that is determined to manipulate the strict etiquette of rule of law; a project that is resolved to obliterate functional institutions and their independence; and a scheme that exclusively emboldens a self-perpetuating attitude over broad citizen interests.

In the face of a tide to perpetuate individual and self, over state and nation, the urgent need for a genuine, united citizens' ‘movement' to change the trajectory that Uganda is taking cannot be underestimated.

I am talking about a ‘movement' that transcends politics and partisan identities; and organises around issues and causes that affect Ugandans, Africans and humanity - broadly.

I am referring to a ‘movement' that does not demonise its followers rather one that seeks to rally common-cause around issues of broad interest; a ‘movement' that ‘lives' rather than ‘leaves' the ideals of pan-Africanism, patriotism, democracy etc.

It is that ‘movement' that will capture the imagination and hearts of the public and sail the Country through these un-usual political times.

Again, we must remember that, it was Ugandans in the first place who changed the course of Uganda and not just government or institutions of the state. Only Ugandans can change Uganda - not Courts of law.

The writer is the coordinator of the Citizens' Coalition for Electoral Democracy in Uganda.