During the recent World Cup, the player's antics sparked the "Neymar Challenge" where he was widely mocked. 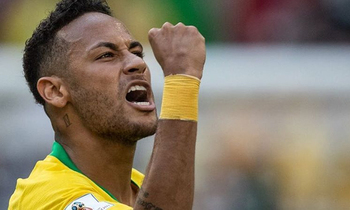 Neymar took a swipe at his critics on Thursday with a tongue-in-cheek video in which he teaches children how to dive.

The Brazilian superstar was widely lambasted at the World Cup for his theatrical reactions to challenges which often left the world's most expensive footballer wincing and rolling on the ground.

However, on Thursday, he took to Instagram to get his revenge.

"One, two, three, go!" shouts Neymar as around a dozen youngsters fall to the ground of a parking lot.

"That's a free-kick!" screams the Brazilian breaking into fits of laughter.

The video was released with a hashtag #ChallengeDAFALTA, the free-kick challenge in Portuguese.

During the recent World Cup, the player's antics sparked the "Neymar Challenge" where he was widely mocked.

In Mexico, a football club organised a competition in which contestants attempted to roll the entire length of the pitch.