Uganda a no show at hockey youth Africa games

The chairperson Lydia Dhamuzungu and Co in a last gasp attempt failed to get support from well-wishers after the disappointment from NCS. 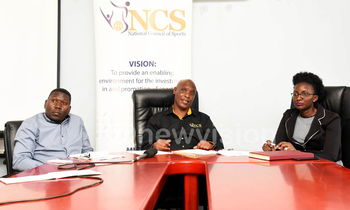 The National U18 boys' team got so much invested in what would have been their first major international tournament, the Youth Africa Games in Algeria.

In a sad tale, that dream trip did not materialise leaving behind broken little souls. But then who was left carrying the bag?

In a letter by Philip Wafula, the general secretary of the Uganda Hockey Association, the federation placed a request to National Council of Sports in May seeking support to facilitate the team's travels.

The federation claims that they received a rather vague feedback just four days to the event that it was impossible to fund the team due to over expenditure in the given quarter.

Operating on a budget of more than sh260m the chairperson Lydia Dhamuzungu and Co in a last gasp attempt failed to get support from well-wishers after the disappointment from NCS.

Conversely the situation has been met with counter accusations as NCS maintain that the Youth Africa Games were not under the planned activities of the body mandated to promote and develop sports on behalf of government.

Zubair Galiwango, the Chairperson technical Committee reveals that NCS despite the fact that they had not planned for the games, out of courtesy resolved to support the cause when UOC requested formally on 14 June by offering sh80m

Now the two parties NCS and UHA knew that the former would not provide air tickets. NCS say they were surprised on allegations they let down the team.

Meanwhile in a more complicated manner the Africa Hockey Association had pushed Uganda out of the games because it was unranked but in a change of plans they were recalled on 1st July. This alone disorganized the entire process which meant

It is important to note that the Youth Africa Games (YAG) serve as a qualifier of the Youth Olympic Games (YOG) in Argentina later this year.

All said this was in the end a mockery of the players' great dedication and preparations f or the continental games and not to forget the parents who had offered their kids to represent Uganda.