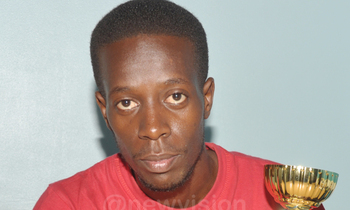 Ian Rukunya beat Paul Kadoma 3-2 to win the second edition of the Prime General Supply Squash tournament that ended at Kampala Club over the weekend.

The seed-two had to dig deep to beat a resilient Kadoma who was determined to upstage the form book in a long rallied tough encounter of the annual tournament.

"It wasn't easy at all. I wasn't as fit as I thought I was. I could have ended it in four games but decided to take a breather in the fourth and come geared up for the fifth," Rukunya who was part of the Ugandan team to Gold Coast 2018 Commonwealth Games said.

"It was a tough game; we went the whole nine yards but it's such a joy to see how squash has improved over the years and how it continues to improve with each year,"

Rukunya had beaten Sam Kyagulanyi 3-0 in the semifinals, while Kadoma had seen off Kenya's seed-two Jimmy Dalidi, who graced this championship, 3-2.