MBARARA - One person has been reported dead and two severely injured after the Mbarara Municipality Mayor, Robert Mugabe Kakyebezi knocked them on Wednesday night on Kakoba Buremba road in Mbarara town.

According to the eye witnesses, Kakyebezi packed his vehicle before he entered into one of the local bars along that road, where he spent almost an hour.

"Before the accident, Kakyebezi looked drunk. I remember seeing him outside his car greeting some of the people who were seated outside the bar.

"He later got into his car. But, a few minutes after he started his journey he lost control and rammed into three pedestrians who were heading to Mbarara town," the eye witness said. 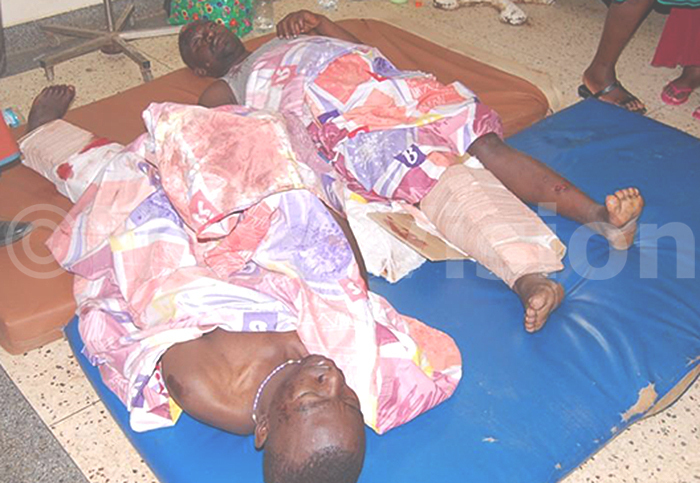 The three victims were rushed to Mbarara regional referral hospital where one was reported dead by Thursday morning.

The other two victims include John Vian Tumwesigye 32 a dealer in wines and Dominic Orikiriza aged 22 who also resided in Nyamitanga.

Kasasira further noted that the accident happened at around 9:30pm and it involved a boda boda which are currently at Mbarara Police station.

"Its very unfortunate that one person has died from the hospital and other two have serious injuries with broken leg,"Kasasira said.

He added that the cause of the accident is not yet clear.

"It is not yet clear what could have caused the accident.

"Investigations are underway as we try to find out what could have caused the accident. All we know for now is that the car belonged to the Mayor.

"And we are trying to get in touch with him and have him make a statement at the police station," Kasasira said. 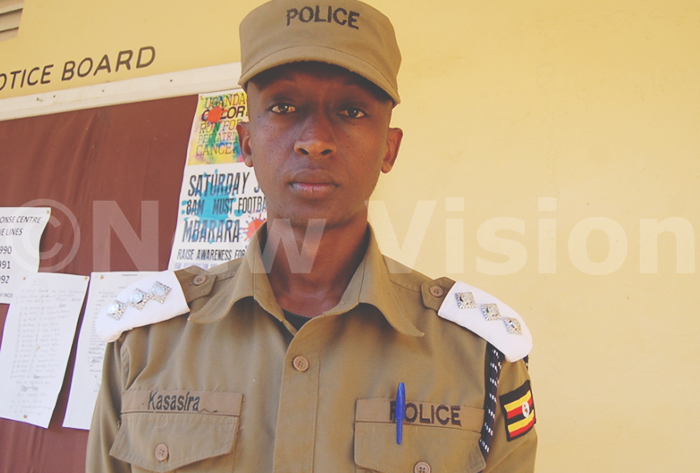 Scuffle at the hospital

Meanwhile, scuffle emerged at Mbarara referral hospital's Intensive Care Unit(ICU) after the relatives of the victims got angered by the manner in which their patients were handled.

According to relatives and friends of the victims, their patients were neglected and denied treatment at the hospital.

"We have been here since last night but our patients have been lying here, one has just died since he had head injuries and he was not attended to.

" The remaining two have also been ignored to an extent that a doctor came and asked us to take them to CT scan without even first checking them, " said one of the relatives.

However, the situation at the hospital was contained by Dr. Celestine Barigye who later surfaced and refuted allegations that the hospital's CT scan doesnot work.

"Let me tell you we have very many people here who call themselves doctors yet they are not, they give people wrong information about the hospital, we have a well functioning CT Scan but the problem some health units and clinics out there send in blockers to get them patients especially of issues related to broken borns, we have already alarted police because this vice has persisted" Barigye explained. 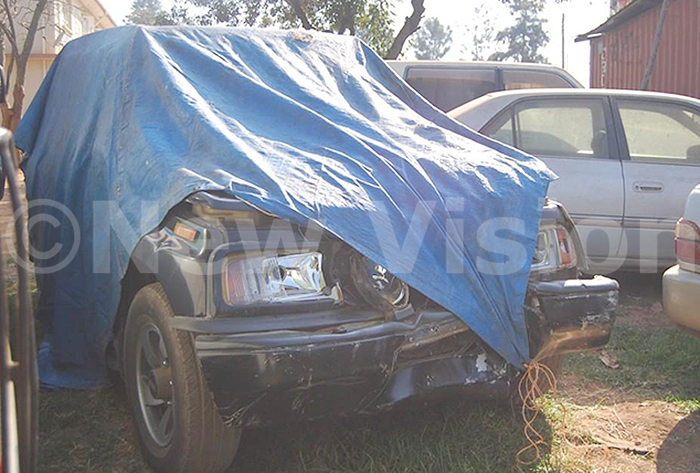 By middayordered the remaining patient who was still lying on the ground to be taken to the CT scan of the hospital and be worked on.

He again ordered for the return of John Vianey who had been taken to Mayanja to be brought back.

By press time, the body of the deceased was still in the mortuary and the two casualities were recieving treatment.

However, when asked about the names of the driver, he said he didnt know his driver's names.