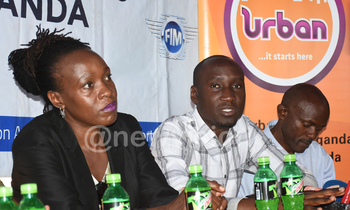 Sunday in Garuga 8am -1pm

Urban Tv will telecvast live the fourth round of the  Mountain Dew National Motocross championship on Sunday.

Kenneth Oduka, the Vision Group Marketing Manager, Broadcast and Digital Media confirmed the development in a press briefing at Lugogo.

"We are committed to promoting sports in Uganda, and on Sunday, we shall telecast the motocross event live on Urban TV to cater for those who are unable to turn up at the venue," Oduka stated.

This is the third time Urban Tv is telecasting motocross and Oduka assured the Motorsport fraternity of Vision Group's continued support.

Meanwhile, the Federation of Motorsport Clubs of Uganda (FMU) deputy vice-president, Jeff Kabagambe who is also the Clerk of the Course (COC) said  the battleground is set and they are only waiting for competitors to showcase what they have.

"I know fans get excited and get onto the track. That is catered for in our safety plan and fans viewing places have been fenced off," Kabagambe said.