It will be admitted into the Southern African Development Community, whose majority members are English-speaking 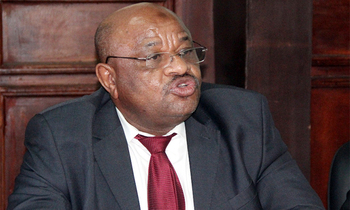 The Indian Ocean archipelago of the Comoros announced Monday it would join southern Africa's regional bloc in August, saying the French-speaking country sought to develop ties with English-speaking nations.

"We want to open the Comoros to English-speaking countries in the region such as Tanzania, Kenya and Uganda," Foreign Minister Mohamed Elamine Souef said.

"These are the countries with which we already have long-standing relations, where Comorians go more and more to, for business or for treatment," he told reporters in the capital Moroni.

The Comoros -- an archipelago of three islands between Mozambique and Madagascar and one of the world's poorest countries -- is already a member of the Common Market for Eastern and Southern Africa (COMESA).

It will be admitted into the Southern African Development Community, whose majority members are English-speaking, at the annual SADC summit, to be held in August in Namibia.

SADC spokeswoman Barbara Lopi confirmed to AFP that the Comoros will officially join in August.

The minister said the decision to join SADC had nothing to do with the islands' spat with France over Mayotte, a neighbouring island which remains part of France but which the Comoros claim is their territory.

The relationship between the Comoros and France, the colonial power until 1975, "is in no way comparable with that of other countries," he said.

"With France, we share a lot of things in common, with France we have only one disagreement -- the question of Mayotte."

Immigration into Mayotte, where income is 13 times higher per head, has surged for years as Comorians seek better opportunities on the French island.

Since March, Comoros has refused to take back illegal migrants expelled from Mayotte, located a few dozen kilometres (miles) distant.

Paris has in turn stopped issuing visas to all Comorians wishing to travel to France.

The minister said negotiations with France were ongoing.

"France defends its interests, we defend ours, it's a long process, the important thing is that the contact is not broken," he said.