Nambaziira is said to have developed postnatal complications "including bleeding". 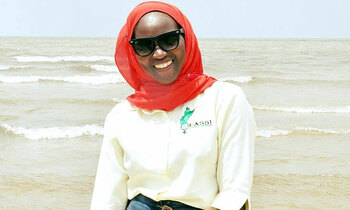 KAMPALA - An outpouring of tributes continue to flow for former WBS TV journalist Nuliat Nambaziira, who has died.

She worked as the communications and networking officer at Eassi Eastern Africa, a civil society organisation that monitors commitments of regional governments towards gender equality.

Nambaziira described herself as a " trained journalist, passionate about gender equality and women's rights, God-fearing, a mother and wife".

Another wrote: "Bambi so sad and sorry for her family. May the almighty God forgive her where she went wrong."

Her known Facebook page says she studied at Mariam High School in Kampala and that she was married.