"Any clamping down on data collection is going to have a large effect on campaigns." 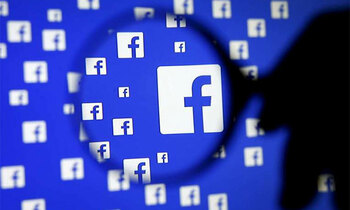 The changes unveiled by the huge social network following an outcry over the hijacking of data on 87 million Facebook members by Cambridge Analytica could be significant for campaigns.

The new privacy effort could limit "microtargeting" using the social network, a technique used successfully by Donald Trump's campaign in 2016 and others.

"Microtargeting is a big deal for campaigns, because they have to decide how they spend money and who they target," said Joseph Hall, chief technologist for the Center For Democracy & Technology. He is leading a research project on election privacy and security.

"Any clamping down on data collection is going to have a large effect on campaigns."

Microtargeting is not new -- marketing specialists used public records before the internet era -- but the trove of data from social networks, often combined with that of data brokers, has made it easier to identify population segments based on income, political affiliation and other factors.

Hall said that if Facebook clamps down on its user data to campaigns, "They won't be able to target on a granular basis. That's not a bad thing, but campaigns hate it because it costs more money."

Campaign consultants note that Facebook is not a source of voter data -- with the major exception of Cambridge Analytica -- but instead a targeting tool for ads based on data collected from other sources.

Facebook appears to be making it harder to use software tools to automatically match members of the social network with other affiliations.

"I can target women between the ages of 21 and 35 who like Planned Parenthood, but I can't target Mary Smith," said one Democratic political operative who asked to remain anonymous.

"It's not clear if we'll be able to target voters as accurately and cheaply as in recent years."

Even with a stricter privacy environment, digital is expected to account for 20.1 percent of the $8.8 billion spent this year in the United States on congressional and state election ads, according to the consulting firm Borrell Associates.

That compares with less than one percent in the 2014 elections, according to Borrell. But it's down slightly from an estimate earlier this year, the firm said, because of "shyness about Facebook use following the Cambridge Analytica scandal."

Facebook has announced it would verify the identities of anyone placing political ads on its platform and follow procedures in a bill called the "Honest Ads Act" for labeling of candidate messages.

It remains unclear how Facebook will adapt new EU privacy rules for the US market, such as the ability to easily opt out of targeted ads.

"I think Facebook will provide as much incentive to opt in as possible," said Mark Jablonowski, chief technical officer of DSPolitical, an ad tech firm that works with Democratic candidates.

"If Facebook users do opt out (in large numbers) that would have a major impact on Facebook revenue and targeting capabilities. It would have fairly far-reaching implications for the whole advertising industry."

Jules Polonetsky, CEO of the Future of Privacy Forum, said that "it's not just a Facebook issue," because consultants and candidates can obtain detailed voter data from other, sometimes "sketchy" sources.

Polonetsky said some political consultants are advertising ways to reach "angry" voters, which may lead to incendiary ads, whether via social media, email or other methods.

"I fully expect candidates will do everything possible to win, using any available data they can hoover up, and apologize for it later," Polonetsky said.

Chris Wilson, CEO of the political consulting group WPAi, which works with Republican candidates, warned against going too far in restricting social media data use.

"Facebook has given Republicans an important resource that allows candidates to go directly to voters with messages on issues they care about," Wilson said.

"If we push too hard and Facebook changes their rules so that we can't do the same things as Netflix or Spotify at the individual level, that would be sad for the future of democracy."

Michael Cornfield, a George Washington University political scientist who leads a research project on social media in campaigns, said the public focus on Facebook and privacy is probably transitory and will have little impact on upcoming elections.

"Data privacy has not been a big issue because few people see it costing them personally," he said.

Cornfield said he expects campaigns to use the Facebook Live video platform and increase use of artificial intelligence to target voters.

Facebook has also promised labels and verification for ads on hot-button political issues which are not for specific candidates. But it may have trouble living up to that pledge, said Young Mie Kim, a University of Wisconsin professor who led research on 2016 Facebook political ads.

Kim said many disputed 2016 ads were "dark" posts by anonymous groups, shown only to small numbers of users without mentioning a candidate's name.

"It is incredibly difficult to define an issue ad -- even policymakers do not completely agree on this," she said.

"Facebook will have a very difficult time defining what are political ads."