Are Central Banks Being Overly Cautious with Crypto Currency? 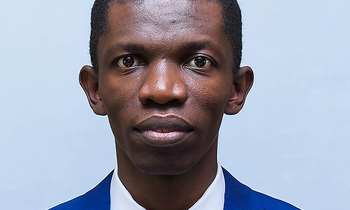 Recently, the Governor of the Central Bank of Kenya issued a circular to Kenyan banks, warning them against dealing with virtual currencies or entities dealing in digital currencies. Speaking to Kenyan Parliament's National Assembly Committee on Finance, Dr Njoroge recently said that crypto currencies are anonymous and lack central oversight, which makes them prone to money laundering and use for terrorist financing.

Interestingly, by at least one account, Kenya is one of the countries with the highest per capita holdings of Bitcoin in the world. At holdings worth 2% of GDP, Kenya is in the top five countries in the world. The only other African country in the top five is Nigeria. I am no banker. But I imagine this figure is too large for the governor to ignore. In February, President Kenyata inaugurated a national blockchain taskforce. It will be interesting to see how the taskforce performs its work without discussing crypto currencies.

East African Central Banks seem to be united in Njoroge's approach. Their concerns are founded, at least in some part, on the attendant risks of consumer protection, fraud, hacking and loss of data. These are legitimate concerns to which absolute solutions are yet to emerge. Some have argued that another risk is that crypto currencies are used to pyramid schemes. The latter is the easiest to address. A good example is Bank of Uganda's recent decisive action against One Coin. It should not even take us too long to do that and Bank of Uganda issued appropriate warnings in this regard.

It may help us to review a few factors on how we got here. Bitcoin, arguably the world's most famous crypto currency, had quite a year in which it smashed all the laws of finance yet known to man. It rose in price and market capitalisation faster than any traded stock in history and swung in downward motion at almost equal speed. But yet it did not crash to no value.

It attracted so much criticism in the world of finance as much as it attracted defense and support. Christine Lagarde at the IMF has made statements in support of crypto currency while Mahmoud Mohieldin at the World Bank has been critical. Top CEOs of some of the world's biggest banks are equally divided: Jamie Dimon, CEO at JP Morgan Chase called Bitcoin a fraud. Shortly after, Goldman Sachs voiced confidence in the currency, calling it a solution in search of a problem. Dimon later regretted his remarks.

Bitcoin is built on the first blockchain that is known to developers today. The problem though, is that in many cases, when one says blockchain, people hear bitcoin. The reverse is true of when central banks say bitcoin. These two are not the same and regulators have not done a good job in explaining the difference.

A simple google search will show that blockchain facilitates far more products than just crypto currency. There are now videos on which industries will be disrupted by blockchain. The simple rule as I understand it is this: if you are in an industry where you are a facilitator and you are trading in value or services, your job will be disrupted. Many readers of this article will agree they have since replaced their accountant with a spreadsheet or a software package like quickbooks.

One perception is that central banks will not allow the mainstreaming of crypto currencies because central banks will be, at least in some part, rendered irrelevant. Central Banks, according to this theory, are the main source of trust in the economy.

Currency has value because they say so. Abolishing crypto currencies and their use basing on this notion will just not work. The rise of distributed trust mechanism as expressed in the use and growth of crypto currency has disproved the central bank's foundation as the custodian of public trust in a currency or medium of exchange. Imagine someone having suggested in the mid nineties that governments all over the world abolish email so as to protect the post office. The idea just would not have worked.

There is no denying that the concerns that central banks have against the use of crypto currency are valid. But there is need to consider how best to address them. Outright bans are counterproductive. In addition to confusing the masses even more, bans drive more money out of the economy and encourage black market trading.

There are hundreds of crypto currencies in the world and they are not going anywhere, much like we all cannot do without email anymore. Similarly, there are so many blockchain applications, a number of which have nothing to do with currency. When central banks discourage dealing with any entities that are engaging in this space without creating sufficient awareness on the distinction between genuine businesses and frauds and without even taking the time to engage stakeholders, they miss the point.

The biggest concern of any regulator is how to protect the masses. The solution to this is to engage with stakeholders to find mutually satisfying solutions. For instance, Capital Markets Authority, Uganda Revenue Authority, Bank of Uganda and Financial Intelligence Authority are better served by engaging with a crypto currency exchange.

The goal would be to ensure that the exchange is regulated by Capital Markets Authority, facilitating the trade of any unit as a commodity and not a currency, but with clear measures on how to deal with all the complex issues that arise, including the points of intersection with the currencies in the economy. The Exchange can then build a tax rate into its spread on transactions - making it much easier to tax these inflows and outflows than it is to tax social media. The FIA would have a central player to engage with on building effective tools against illicit flows.

All this can be negotiated into a product-based licensing framework much like the way UCC's licences for Telecoms are in fact agreements. But driving these entities further away from the mainstream banking and financial system would be counterproductive. It would be wiser to follow that counsel that is now aged: let them thrive, tax them and then regulate them.

The writer is a practicing advocate