The suspected fraudsters send congratulatory messages to peoples' phones informing them of an amount of money they have won. 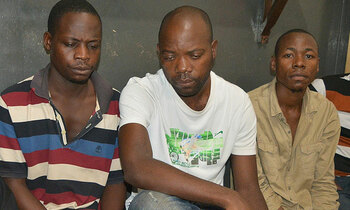 PIC: Three of the five suspected fraudsters that have been arrested. (Photo credit: Kampala Metropolitan Police)

You might have once fallen victim. First, they send a congratulatory text message to your mobile phone, telling you of an amount of money you have won.

You are then swiftly asked to call a certain phone number to get your monetary prize. Once you go ahead and call, the person on the other end of the line will ask you to confirm the pin number that was sent with the original text message.

That receiver purports to be working with a telecom company.

That persons calls you to confirm the pin number and then scratch a credit card for them to kickstart processing of your 'prize'.

By the way, to make it even more believable, the person you are talking to promises to refund your credit when the processing is done.

But here is the catch: After defrauding you, the unsuspecting victim, they switch off the phones and there is no prize to pick up.

This, according to Kampala Police, is how these text message fraudsters do their dirty work. They have arrested five men suspected to be engaged in exactly that kind of work. 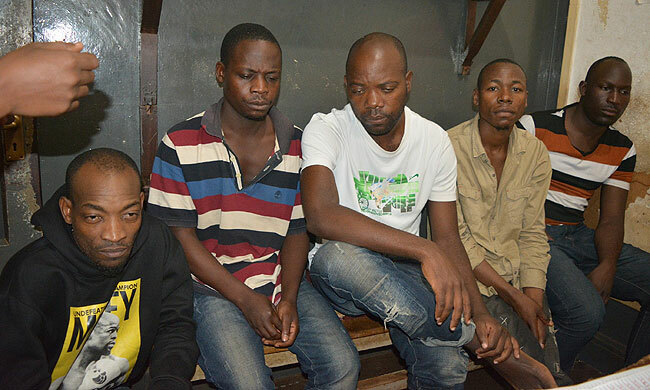 So how did local Police come to get these men?

To begin with, telecom service providers reported to Police several complaints received from many of their subscribers about a group of suspected fraudsters sending them text messages of winning cash prices or misplaced mobile money transactions.

"Police [then] investigated the matter, identified the suspects and tracked their movements.

"The arrested syndicate can be best described as being similar to a spider's web through their call connections," Police said in a statement posted on their official Facebook page.

"Forged documents, devices and tools, as well as phones and cards suspected to be used in the fraud, have also been seized," Police added.

Here is an extract from the Police statement explaining how the fraudsters operate . . .