The increase in the budget comes in the buildup of major sports events. 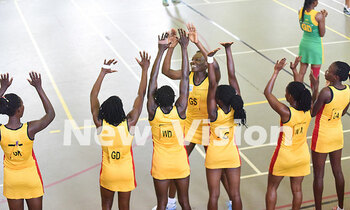 Government has increased its financial support to sports to sh6.78b for the third quarter (January-March) in the sports budget.

The increase comes at a time of major upcoming sports events.

The She Cranes ( Uganda netball team), who recently travelled to Barbados for different  friendly ties  ahead of the forthcoming Commonwealth Games in Australia, are some of the beneficiaries of the government support.

Others include The Bombers (National boxing team) that managed to win three gold and two silver medals at the Bingwa Wa Bingwa competition in Dar es Salaam, Tanzania last week.

Some of the money will be used by the  Rugby Cranes  in their trial games in the  HSBC World Rugby Series in Dubai, Hong Kong and South Africa in preparation for their debut at the 2018 Commonwealth Games.

Part of it  will also be used to purchase a new bus for the Uganda Cranes (football team).

Generally, th beneficiaries in general include;