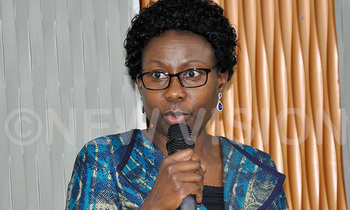 Aceng made the directive following the presentation about the research that found out that Hydroxyurea increases the lifespan of the sickle cell patients. The results of the study were presented to experts during the scientific workshop that took place at Hotel Africana in Kampala on Wednesday.

According to the presentation, the drug prevents acute painful episodes and reduces the need for frequent transfusion. "With this research, you have opened the doors for us. Our focus as the ministry is reducing infant mortality rate because of sickle cell anemia," said Aceng, adding:

"Let it be registered so that those who can afford to buy it can have it. I hope registration of drug won't take more than three months. However, we must have guidelines for administering this drug to the patients."

Uganda didn't have medicine for the sickle cell patients; they would only be given standard care items such as folic acid, penicillin prophylaxis and pneumococcal vaccination among others. 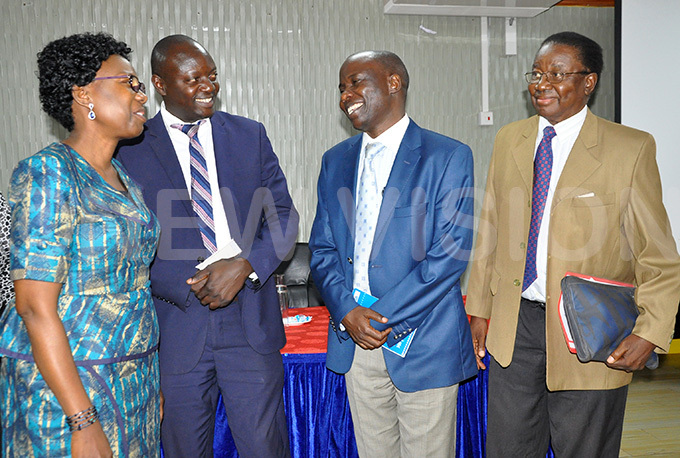 Minister of Health Jane Ruth Aceng interacting with some of the researchers who conducted the study about sickle cell disease (from left): Dr Phillip Kasirye, Dr Robert Opoka and Prof. Christopher Ndugwa.

Aceng revealed that the proposal to have the drug registered for sickle cell anemia patients was at first brought to the ministry in 2014, where the experts who pushed for it were asked to make a study and present evidence on whether the drug can be given to the patients.

Dr. Philip Kasirye, the sickle cell clinic head at Mulago hospital and one of the authors of the research dubbed ‘Novel use of Hydroxyurea in an African Region with Malaria (NOHARM): a trial for children with sickle cell anemia' said, hydroxyurea once given to sickle cell patients, it increases hemoglobin levels and nitric oxide hence reducing the mortality levels among sickle cell patients.

He added that the drug was produced in 1969 and is currently being given to sickle cell patients in different countries such as Canada, United States among others. Other experts who took part in the study are Prof. Charles Ndugwa, a researcher, and Dr. Bob Opoka.

Prof Ndugwa explained that the drug has for the last over 30 years been used in the treatment of cancer patients but now can be also used by sickle cell patients. He noted that currently over 15,000 children are grappling with sickle cell anaemia and most of them die before the age of five years.