The prohibitions come amid concerns that traditionally tolerant Indonesia is taking a sharp fundamentalist turn, by pushing to make pre-marital sex -- including gay sex -- illegal and punishable with jail time. 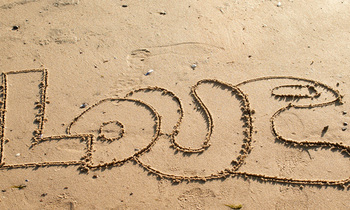 Valentine's Day was banned in some Indonesian cities Wednesday as police rounded up amorous couples, giving the official kiss-off to a tradition which critics say doesn't deserve any love in the Muslim-majority nation.

The prohibitions come amid concerns that traditionally tolerant Indonesia is taking a sharp fundamentalist turn, by pushing to make pre-marital sex -- including gay sex -- illegal and punishable with jail time.

On Wednesday authorities in the country's second-biggest city Surabaya briefly detained about two dozen couples during a raid to sniff out any sign of Valentine's Day celebrations. They were expected to be released with a reprimand.

Mataram city on the tourist island of Lombok issued its own Valentine's Day ban and ordered police to raid schools in the hunt for passionate students unable to keep their hands off each other. Romantic parties at hotels and cafes were left alone, according to authorities.

Syamsu Rizal, the deputy mayor of Makassar on the island of Sulawesi, said his city prohibited Valentine's celebrations, while Depok on the outskirts of Jakarta followed suit.

"It has never been declared by the government to be a celebration in the country" and the ban would prevent hanky-panky among students, Rizal said.

Makassar has imposed bans on Valentine's Day for the past several years.

In 2017 city authorities raided convenience stores to seize condoms in a bid to stop teenagers from having sex on February 14.

"Valentine's Day reflects a culture which is not in line with Aceh's and Islamic law," provincial governor Irwandi Yusuf said in a statement.

Islamic clerics and some pious Muslims use the occasion to criticise what they see as Western decadence.

But many Indonesians practise a moderate form of Islam and celebrate Valentine's Day with cards, chocolates and flowers for their loved ones.