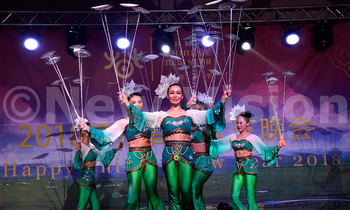 KAMPALA - Barely a week left to the Chinese New Year (February 16), revellers in Kampala were treated to a two-hour performance highlighting Chinese culture.

The show held at Imperial Royale Hotel in Kampala on Saturday was staged by a visiting art troupe from Inner Mongolia Autonomous Region of China.

Classical Chinese acrobats held and rotated the plates with pencil-like poles as they strutted across the platform with apparent ease.

One performer dazzled the audience with his skillful juggling of 10 balls in a symbolic act of picking up stars from the sky.

Leaving the audience guessing was the face-changing act, one of the most skillful performances of Chinese Opera, a traditional art form dating back many centuries.

In it, the actor employs a puzzling technique of changing their face in seconds, right before your eyes. One Chinese performer charmed the audience by singing Miria Makeba's Malaika.

Wushu or Kungfu, a combination of various traditional Chinese martial arts, is a hallmark of Chinese heritage. Two of the performers brought the ancient arts to life by showcasing their prowess in Chinese sword play and boxing with such speed and power. 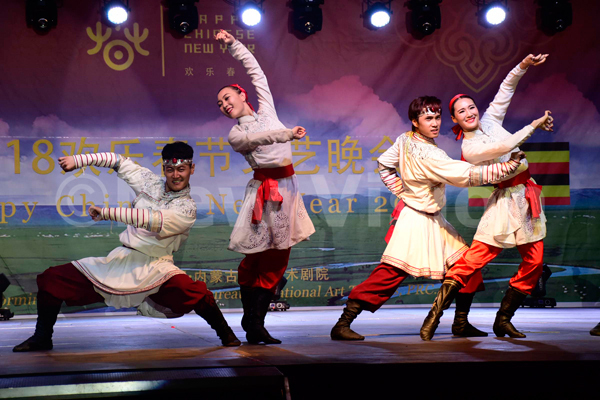 Classical music performed with a two-string instrument (Erhu) kept the audience, one of the most representative traditional musical instruments in China.

Morin Khur, a two-string musical instrument and Khoomei, a unique singing art with roots in Mongolian culture were highlights of the show.

The Second Deputy Prime Minister, Kirunda Kivejinja and the Chinese Ambassador to Uganda, Zheng Zhuqiang, were among the several dignitaries who graced the show.

The Chinese New Year is a traditional festival in China, a happy occasion for family members to get together, to bid farewell to the past and to embrace the future.

It is the most important festival in Chinese calendar. 2018 is the year of dog. In China, dog is a symbol of loyalty, diligence and wealth.

The visiting art troupe was due to perform at Makerere University on Sunday. Earlier on Friday, the art troupe performed at the Chinese Ambassador's residence in Kololo, Kampala.