African Union Commission, Dr Marie-Goretti Harakeye said: "We cannot end AIDS by 2030 if we do not focus on women and children." 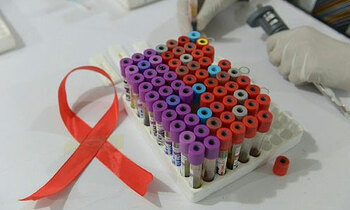 ADDIS ABABA - The Organisation of African First Ladies against HIV/AIDS (OAFLA) and the African Union have on Tuesday launched ‘Free to Shine', a campaign that aims to help end childhood AIDS in Africa by 2030 and keep mothers healthy.

The campaign, launched during the OAFLA General Assembly, will unite people and organisations at local and global levels to advance healthcare delivery that will contribute to ending childhood AIDS, according to information from Addis Ababa on Tuesday.

To achieve its goal, the campaign will first focus on 2020 global targets for the elimination of mother-to-child transmission as outlined in the African Union's Catalytic Framework to end AIDS, TB and Eliminate Malaria in Africa by 2030.

These targets are aligned to global targets and commitments.

The First Lady of the Federal Democratic Republic of Ethiopia and President of OAFLA, Roman Tesfaye said: "While Africa has made unprecedented progress in responding to the AIDS epidemic, the response to childhood AIDS is lagging behind."

She added: "To end the AIDS epidemic in Africa, we must act now to prioritise the use of knowledge and the implementation of tools that exist, to keep children AIDS-free and their mothers healthy. Preventing new HIV infections will transform Africa's broader health and development agenda and provide our children with a healthy and hopeful future."

The head of division for AIDS, TB, Malaria and other infectious diseases at the African Union Commission, Dr Marie-Goretti Harakeye said: "We cannot end AIDS by 2030 if we do not focus on women and children."

She noted the Free to Shine campaign will drive for increased investments to strengthen health systems and achieve maximum impact where the burden is highest.

The African Union, she said, is committed to ending AIDS as a public health threat by 2030, which will lay a strong foundation for Africa's Agenda 2063 for socio-economic development and structural transformation.

The campaign aims at uniting people and organisations from local to global levels, and support personal and collective understanding of the actions that can be taken to end childhood AIDS. The campaign will work to drive the effective delivery and use of healthcare services to keep mothers healthy, eliminate mother-to-child transmission and ensure fast and effective identification and treatment of children infected by HIV.

Objectives set out by leading partners in the Free To Shine campaign include improving maternal and childhood AIDS programmes across Africa by building networks and partnerships of key organisations and advocate for domestic and global resource mobilisation.

Also, raising awareness of the childhood AIDS cycle of risk in Africa through mass media, publications, websites, meetings and other means,  mobilising support for childhood AIDS programmes in Africa by working with high-level international forums such as UN General Assembly and its special sessions, G7 and G20 Summits and advocacy missions.

The campaign is led by OAFLA and the AU, with support from partners WHO, UNAIDS, Abbott, EGPAF, UNICEF, UNDP and AIDS Accountability International.

Through First Ladies and other champions, OAFLA drives action in the grassroots communities working with Africa's most vulnerable, including women and children infected and affected by the AIDS epidemic, which also bear the brunt of poverty and social marginalisation.